Ch Nisar hits back at Shahbaz over 'immaturity' remarks 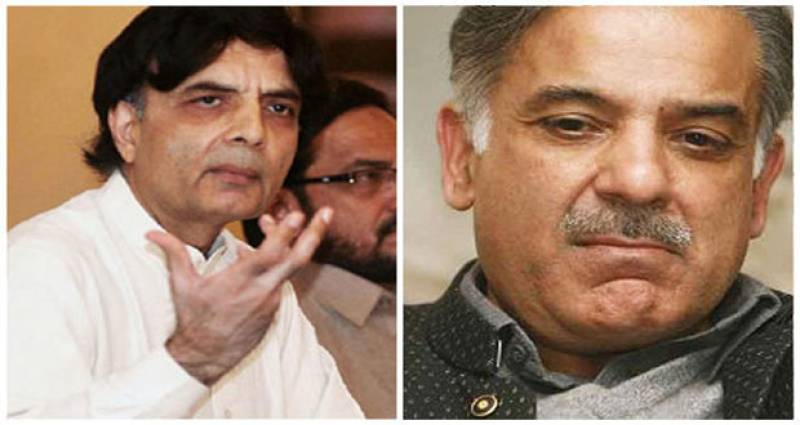 Reacting to the statement of Punjab CM Shehbaz Sharif, he said: “I am surprised that he does not know the difference between adolescence and seriousness.”

Nisar said that the childish behaviour is what ruling PML-N leadership is exhibiting, adding that the Punjab CM is unable to do anything about the behaviour of the party leadership.

Ch Nisar went on to say that the Shehbaz Sharif shouldn’t discuss incidents that occurred 30 years ago and instead should focus on other issues facing the party.

Earlier, the Punjab chief minister had said, "Chaudhry Sahib is actually Main Sahib's friends and I was acquainted with him through Mian Sahib. Obviously, there is something childish about him and you have to deal with him like a child," he said jokingly.