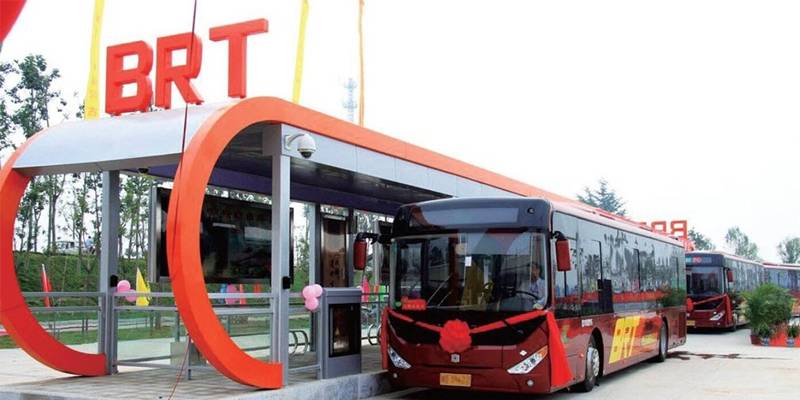 PESHAWAR - Fate of the Khyber Pakhtunkhwa government's mega transport project hangs in balance as a senior officer of Peshawar Bus-Rapid-Transit (BRT) has resigned from his post owing to issues related to quality and quantity in the project as well as corruption.

An assistant resident engineer, Gohar Muhammad Khan, tendered resignation on Wednesday from his post, saying a huge corruption is involved in the project, Geo News reported.

He, in the resignation letter, wrote, "The contractor has been paid a huge amount for nothing," which, he said, was something that "needs to be addressed".

The quality and quantity of the project suffered due to lack of supervision by the consultants and Peshawar Development Authority, he claimed.

He warned that a structural failure could happen at "any time due to poor foundation provided to the BRT and, as a result, casualties and damages can happen at any time in future".

"The contractor has not yet submitted any schedule for the completion of BRT project nor progress report has been submitted to any concerned department.

"The contractor of the project has [sublet] the entire project to different non-technical people who don't even know about construction," he wrote.

Lamenting the lack of coordination, he said: "The engineers were found just to visit the site without any drawing and specifications".

Khan said that he was left with no option but to resign after the inaction by consultants, Mott MacDonald Pakistan (MMP) or the director-general of the PDA, on his reservations.

However, the Peshawar Bus-Rapid-Transit (BRT) management has rejected all the allegations levelled against it by a former engineer as "baseless".

"[He] did not understand the work [pertaining to the BRT] and the accusations he has made are childish," the management said in its statement.

One of 12-meter long 155 prototype buses, which will be run on the main BRT corridor, finally reached Peshawar on Tuesday night.

Sources said the government paid around $24,000 fare for the transportation of the bus so that Chief Minister Pervez Khattak could inaugurate it. Ealier, it was inaugurated on May 20.

The delayed delivery of the prototype bus recently led to the sacking of the chief executive officer at the TransPeshawar, the provincial government-owned company tasked with operating the BRT service.

Khattak’s cabinet removed Chief Executive Officer TransPeshawar Altaf Durrani in April for his failure to procure the fleet of buses for the transit system and its delivery during the incumbent government’s tenure.