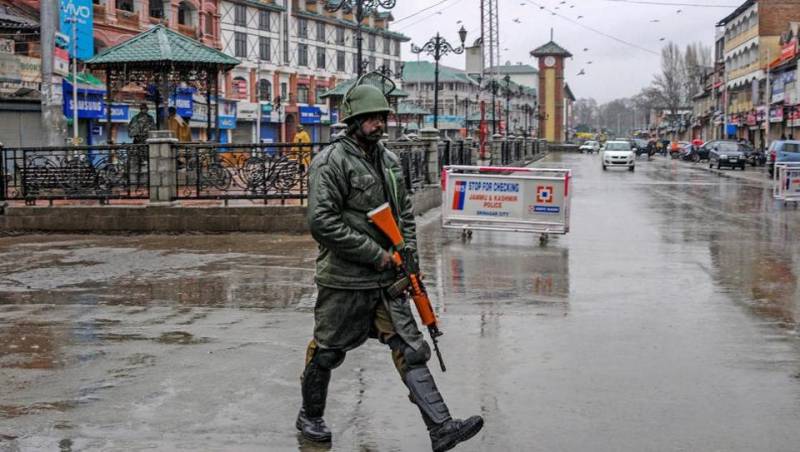 The troops martyred the youth during a cordon and search operation in Dragad Sugan area of the district.

Forceful anti-India demonstrations erupted in the area as people took to the streets against the killing of the youth.

Indian police and troops fired pellets and teargas shells to disperse the protesters, triggering clashes between the demonstrators and the forces’ personnel.

The occupation authorities have snapped mobile internet service in the district.

Meanwhile, complete shutdown is being observed in Sopore area of Baramulla district, today, against the killing of two youth by Indian troops.

The youth, Aasif Ahmed War and Naseer Ahmed Mir, were martyred by the troops during a cordon and search operation in Dangarpora area of Sopore town, yesterday.

All shops and other business establishments are closed while traffic is off the road in Sopore and its adjoining areas to protest against the killing of the youth.