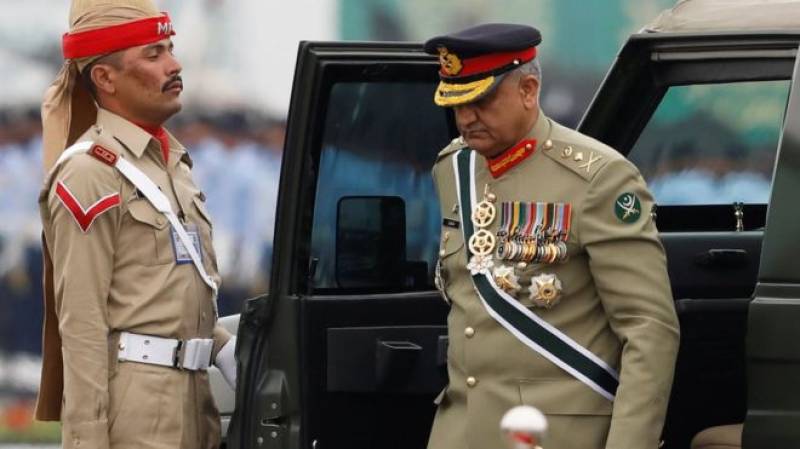 RAWALPINDI – Two army and one civil officer, whose punishment was endorsed by Chief of Army Staff General Qamar Javed Bajwa yesterday over charges of espionage and leakage of sensitive information to foreign agencies prejudice to the national security, have been shifted to jail.

Sources said on Friday that there is no authenticity in the rumours doing rounds on social media of sending the officers abroad.

The officers had been in custody throughout the trial, the sources added.

On Thursday, the Army chief had endorsed the punishment to two army and one civil officer over charges of espionage and leakage of sensitive information to foreign agencies prejudice to the national security.

In a statement issued by the Inter-Service Public Relations (ISPR), the officers were tried under the Pakistan Army Act (PAA) and Official Secret Act by separate Field General Court Martial (FGCM) for separate cases.

Both officials had leaked sensitive information to foreign agencies prejudice to the national security.

Doctor Wasim Akram, who was employed at a sensitive organization, has also been awarded the death sentence. Some 400 officers of every rank have been given various punishments, including dismissal from service, during the last two years.

Major General Asif Ghafoor said that in three separate cases, a retired three-star army general, a brigadier and a civil officer were severely punished according to the nature of their crimes.

The military's spokesman further said that money earned through espionage or money laundering comes under corruption. He said that there is no forgiveness in armed forces as all are accountable. He further said that no one is above the law.