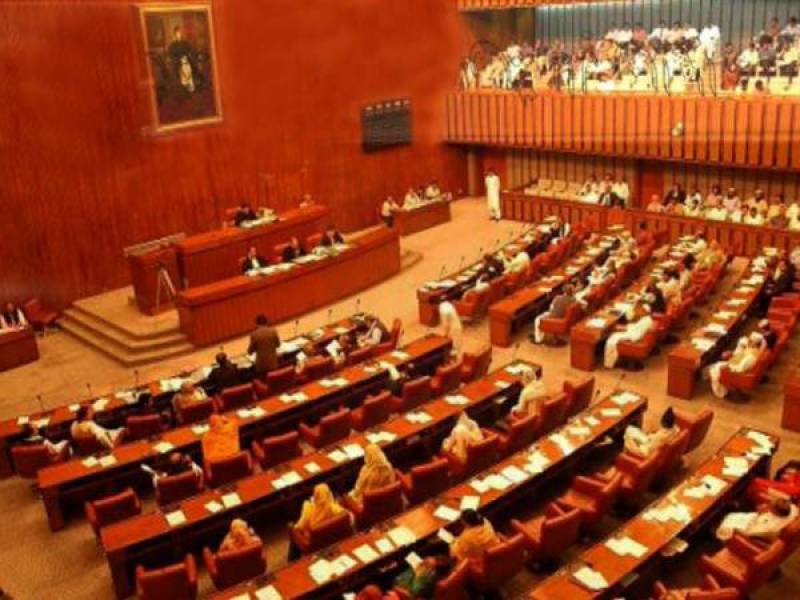 ISLAMABAD - The Upper Chamber of the Parliament passed a resolution on Friday, condemning the government's decision to file reference against the judges of the superior judiciary before the Supreme Judicial Council.

The resolution approved by the Senate was presented by members from the opposition and stated that the House 'expresses its full solidarity with the judiciary, lawyers elected representation and Bar Councils of the country and we are with them in this struggle'.

“While supporting across the board accountability, the Senate feels that these targeted references are malafide and politically motivated. They are a direct attack on the independence of Judiciary and are aimed at stifling the voices of reason, truth and justice in the highest judiciary," it read.

Moreover, a resolution was also tabled by opposition members in the National Assembly expressing grave concern over the filing of the references.

“This House expresses grave concern over the filing of references in the Supreme Judicial Council by the government against some Honourable Judges of the Supreme and High Courts in a secretive manner without even the knowledge of the concerned Judges," it read.

The filing of references against Supreme Court Judge, Qazi Faiz Esa has provoked serious criticism with members of the opposition, bar councils and political analysts declaring it victimization.

Additional Attorney General for Pakistan had also tendered resignation a few days back in the backdrop of the references.

Talking to newsmen, Pakistan Peoples Party Chairman Bilawal Bhutto Zardari condemned the government’s action against the judges and said the respondents were not even informed.

“These references were filed in secret and show the government’s intent,” Bilawal said.

He likened the attitude of the sitting regime with that of Musharraf saying, the government is trying to make a selected judiciary and a selected opposition.

“Today the Bar Councils and representative bodies are against the action taken by the government,” Abbasi observe and sais we [PML-N] stands with the legal fraternity.