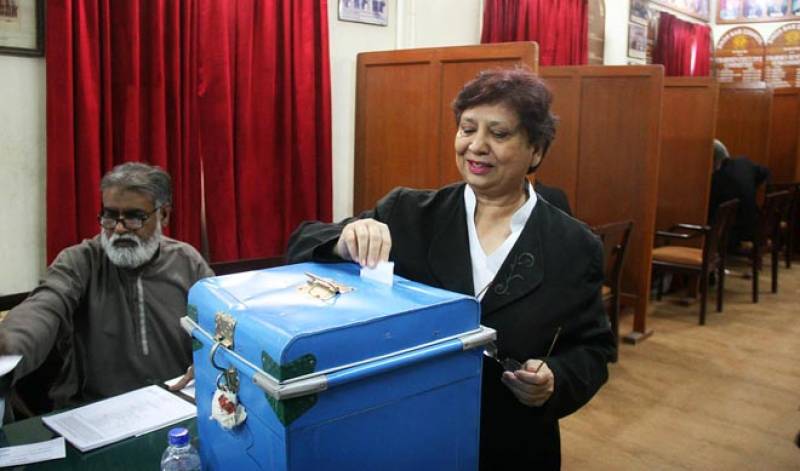 The group managed to secure the seats of the president as well as secretary of the association.

A very close contest was observed between the presidential candidates as the winning candidate marked victory with a narrow margin of only 83 votes.

On the slot of vice-president from Punjab, Qamar Zaman Qureshi became successful, securing 1,159 while his rival Malik Imtiaz got 886 votes.

The polling started at 9:00 am and continued till 5:00 pm without any interval. A total registered 29,992 members of the country's top bar exercised their right to vote in various districts of the country. As many as 44 candidates contested the election for 22 seats of the association.

The election was held peacefully witnessing great enthusiasm among the candidates as well as supporters and voters throughout the country.