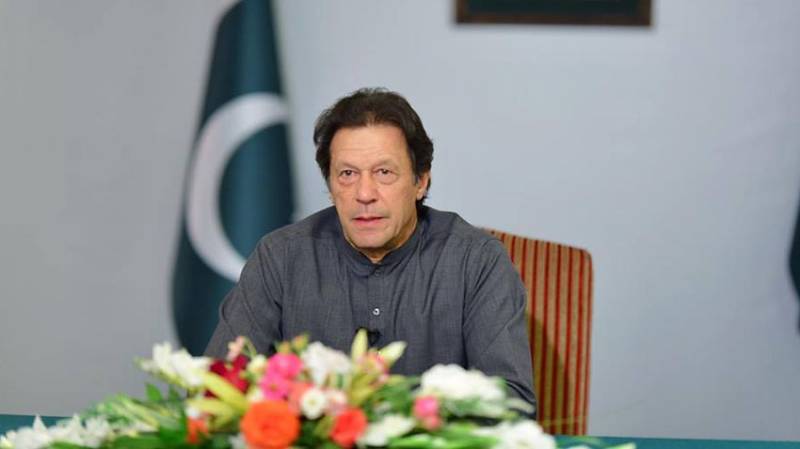 ISLAMABAD - Prime Minister Imran Khan has advised the groups protesting the Supreme Court's verdict on Asia Bibi to call off their protests or tehe state will establish its writ.

Addressing the nation through a video message on Wednesday, the premier lamented that a small section took the streets after the verdict and used foul language and incited general public to revolt against the army chief and judges.

"The despicable language used by a small section of the society against the army, judiciary and the government is deplorable. Such language is used by enemies of the state," Khan said in his address.

Earlier today, the Supreme Court acquitted the Christian woman sentenced to death for committing ‘blasphemy’ in 2009.

LAHORE - A fresh wave of protests by Tehreek-i-Labbaik Pakistan has engulfed various cities of the country after the ...

PM Khan also appealed to the nation to reject "those who are inciting people to violence for their political objectives”.

"Don't cause any harm to this country for your politics and vote. If you do this, rest assured state will perform its responsibility of life and property of the people," the PM added.

“We have practically done something which no government has ever done. When the Dutch parliamentarian committed blasphemy, Pakistan was the first country to raise the matter with the Dutch government and force them to withdraw the caricature competition," he said.

Well said Mr. Prime Minister! No one to be allowed to spread mobocracy and anarchy in the name of religion!

“We also raised the issue at the OIC. And as a result, the EU court of human rights ruled that making blasphemous remarks against Prophet Muhammad cannot be conceived as freedom of expression.

"Which government can function when people say that kill the judges, do away with the army?

"We are already facing such tough economic hurdles. We have yet to take a day off... we are struggling continuously to uplift the people [and] to improve the conditions of the underprivileged."

"The verdict given by the judges was according to the Constitution of Pakistan which was made in line with the Sharia."

"Our faith is incomplete if we don't love our Prophet [PBUH]," he said, adding Pakistan is the only country after Medina to be established in the name of Islam.

Bibi, a Catholic mother of five, was sentenced to death by a trial court in November 2011 on charges of making derogatory remarks about Holy Prophet (PBUH). Four years later, her appeal was also rejected by the Lahore High Court. She then filed an appeal in the Supreme Court which held a single day hearing on October 8 and reserved its verdict.

Shortly after the verdict, TLP supporters and activists took to the streets across Pakistan, burned tyres and blocked major roads.

Khan's anticipated address comes a day before he is scheduled to leave for China on an official visit. According to the Foreign Office, the prime minister will depart for China at midnight on November 1.