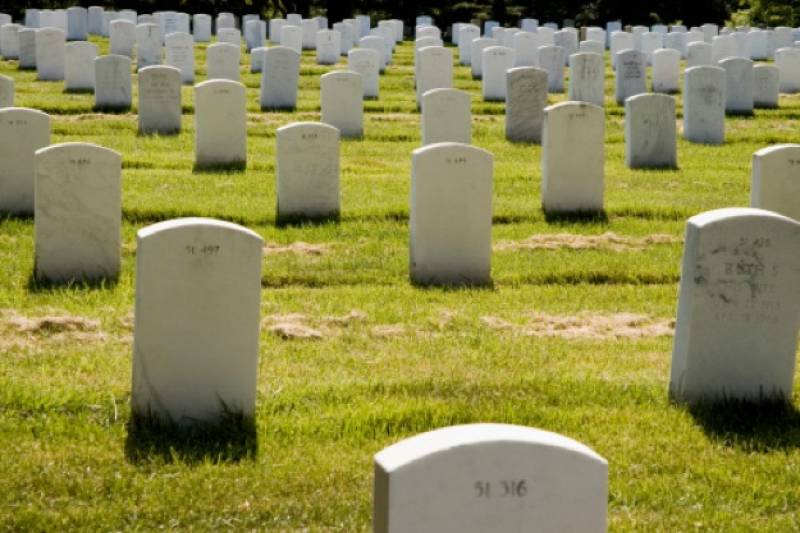 SCRANTON (Web Desk/APP) - A Pennsylvania man was helping decorate his mother-in-law’s tombstone ahead of the Easter holiday when it suddenly toppled over, pinning him underneath and killing him, a cemetery caretaker told Reuters.

On Monday morning, Woytack was kneeling next to the grave marker while his wife tied on a cross on the other side, Kubilas said. The stoner toppled without warning in the soft spring ground.

“His wife came running to get me,” Kubilas told Reuters. “By the time I got there, he was not too good. I got half the stone off him. It must have been adrenaline.”

A police officer and ambulance arrived almost immediately and helped him wrestle the rest of the 4-foot by 4-foot stone off Woytack, Kubilas said, but it was too late to save him.

“It’s a tragic thing,” Kubilas said. “There’s nothing you could do.”

Woytack and his wife visited the cemetery several times each year to decorate the family grave, Kubilas said.