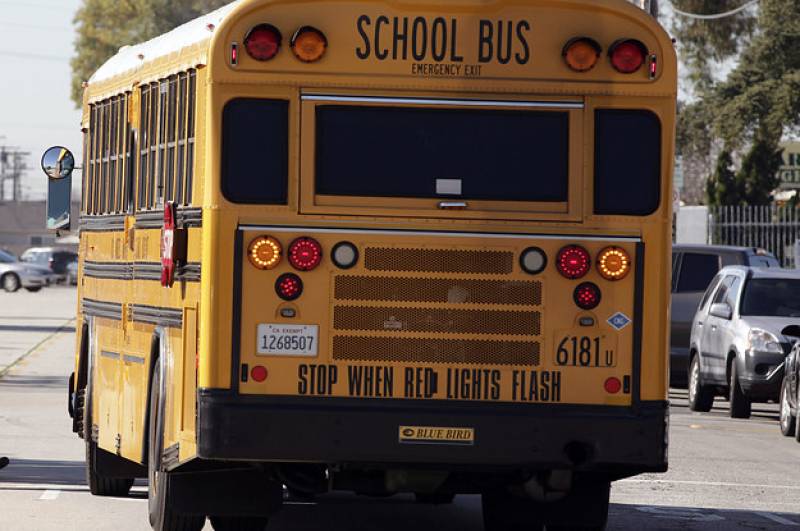 LEESBURG (Web Desk) - The CIA confessed that after a training exercise it left "explosive training material" aboard a Virginia school bus.

The bus later used by elementary and high school students.

The CIA, in separate statements Thursday, acknowledged the school buses were used during spring break in training scenarios at Briar Woods High School.

The container was found nearly a week after the CIA exercises concluded on March 24.

The bus was in use by students for two days, Monday and Tuesday, and carried dozens of elementary and high school students on

"During the exercise, explosive training material was inadvertently left by the CIA K-9 unit in one of the buses used in the exercise," the CIA statement said, adding the materials did not pose a danger to anyone riding the bus.

A meeting Thursday of school and law enforcement officials, including CIA representatives, determined training exercises would be postponed until stronger safety protocols are established.

It's not clear if they were the same dogs used in the initial exercise, and officials have not disclosed the exact nature of the material.