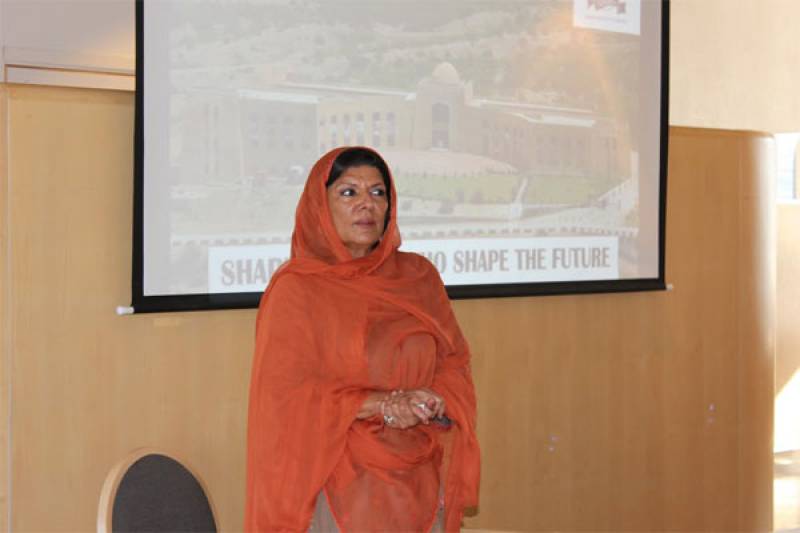 LAHORE - Contrary to media reports, the land revenue board commissioner informed the supreme court on Saturday that Aleema Khan, the sister of Prime Minister Imran Khan did not seek tax amnesty on her Dubai property.

During the hearing of a case regarding offshore properties owned by Pakistani citizens, the apex court ordered that investigation against Aleema Khan be made part of the court record.

The Chief Justice Mian Saqib Nisar heard the case at the Lahore registry wherein Dr Ishtiaq Ahmed presented a report on Aleema Khan’s properties and said she did not seek tax amnesty on her apartment in Dubai and false reports are being run telecasted media in this regard.

When the bench asked land revenue board commissioner about the apartment, Ishtiaq Ahmed contended that Aleema Khan was issued a notice on February 8, 2018, for not declaring her property adding that as Khan was not in the country at the time she could not comply.

LAHORE - The sister of Prime Minister Imran Khan, Aleema Khan, did not pay any tax or fine imposed on her due to the ...

The land revenue board commissioner further told the bench that Aleema took loans from a bank to purchase the property which was repaid through the rent earned on it.

Ordering that the investigation be made part of the record, the top court adjourned the hearing of the case till December 6.

Supreme Court on Friday had ordered the Federal Board of Revenue (FBR) to submit details of Aleema Khan’s property and tax amnesty in a sealed envelope.

It bears mentioning that as per earlier media reports, Aleema Khan declared her property in the tax amnesty scheme announced by former premier Shahid Khaqan Abbasi.

A report by Geo TV also claimed that Aleema Khan paid 25 per cent of the total estimated worth of her luxurious flat as tax while an additional 25 percent as fine was also deposited.