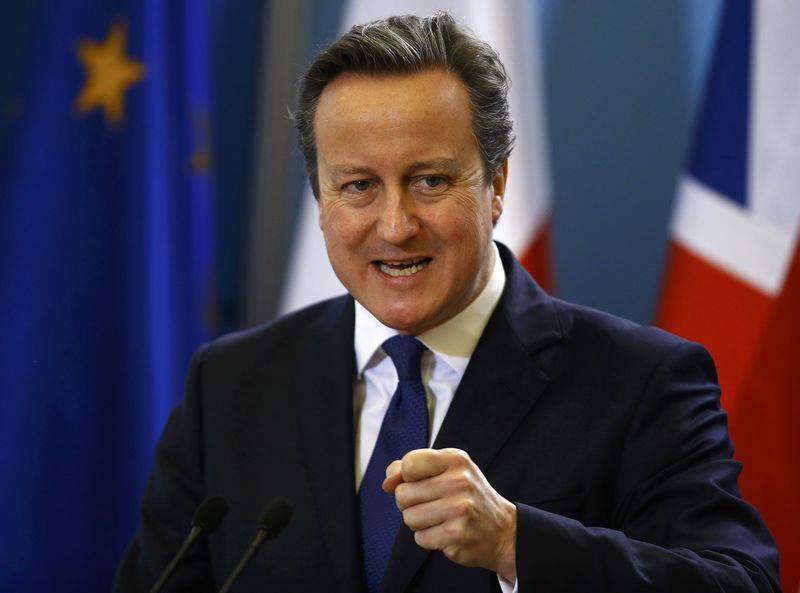 LONDON (APP) - Prime Minister David Cameron pledged to fight hard in 2016 to resolve troublesome features of Britain's relationship with the EU ahead of a planned referendum that could come this year.

Cameron said aspects of being in the European Union were the cause of "so much frustration" in Britain -- but ultimately voters would decide whether the country remains in the bloc.

He is attempting to renegotiate the terms of Britain's membership, ahead of an in-or-out referendum due by the end of 2017.

No date has been set for the vote, though newspapers and political commentators have speculated that it could well come in 2016.

"It's a New Year, and Britain begins it with renewed strength. With a lower deficit and enterprise flourishing, our economy is becoming more secure by the day," Cameron said in his New Year message.

"For me, there are no New Year's resolutions, just the resolve to continue delivering what we promised in our manifesto."

His Conservative Party was returned to power with a majority in May. "We're fighting hard to fix the aspects of our EU membership that cause so much frustration in Britain -- so we get a better deal for our country," he said.

"It is a difficult negotiation with 27 other countries. But throughout we are driven by one consideration: what is best for Britain's economic and national security.