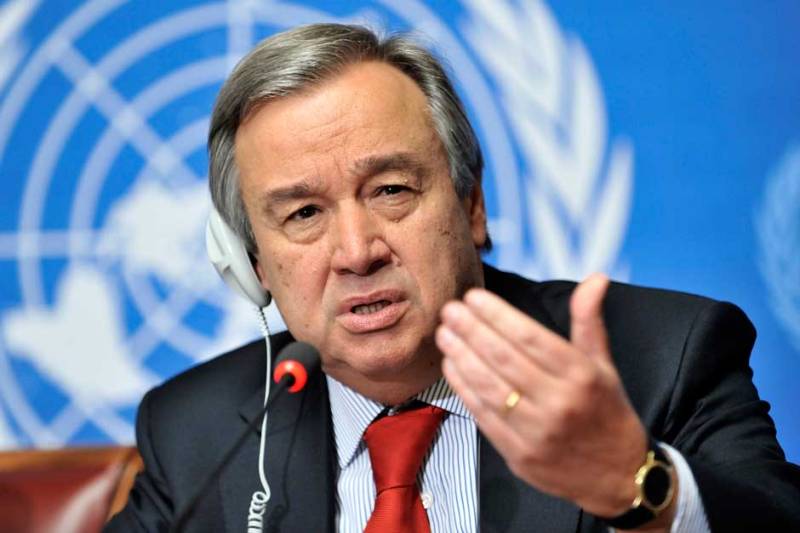 UNITED NATIONS - The recently sworn in ninth head of the United Nations, Secretary-General Antnio Guterres has pledged to make 2017 a year for peace.

"On this New Year’s Day, I ask all of you to join me in making one shared New Year’s resolution: Let us resolve to put peace first," Guterres said in his first statement as world’s top diplomat.

He said one question weighs heavy on his heart: "How can we help the millions of people caught up in conflict, suffering massively in wars with no end in sight?"

Guterres, who replaced Ban Ki-moon of South Korea, urged all citizens, governments and leaders to strive to overcome differences.

"From solidarity and compassion in our daily lives, to dialogue and respect across political divides … from ceasefire on the battlefield to compromise at negotiating table to reach political solutions. Peace must be our goal and guide," he said.

"I appeal to you all to join me in committing to peace, today and every day. Let us make 2017 a year for peace," Guterres added.

Guterres was appointed by the General Assembly on 13 October. Usually the selection of a UN secretary-general is decided behind-closed-doors by a few powerful countries; however, this time the selection involved public discussions with each candidate seeking the leadership position.

The swearing-in on December 12 came after the 193 General Assembly members paid tribute to Ban, ending with a standing ovation for the outgoing UN chief. The swearing-in ceremony included the U.N.’s top leaders and was attended by dignitaries.