48 killed after overcrowded bus plunges into gorge in India 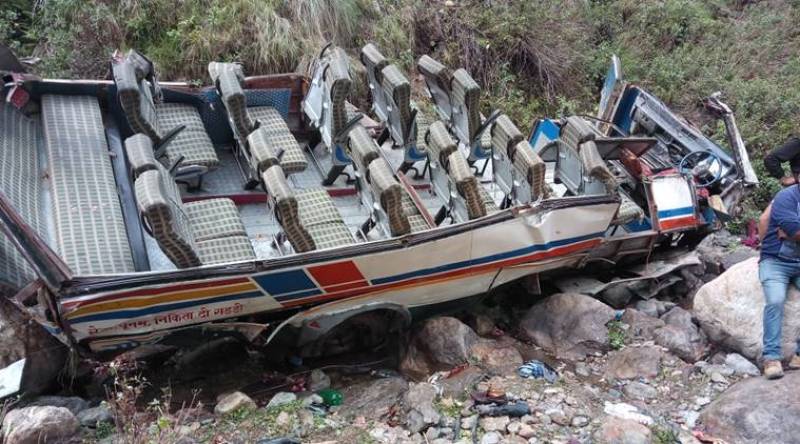 MUMBAI – As many as 48 people were killed and another 11 injured when an overcrowded bus spun off a slippery road and fell into a deep ravine in the northern Indian state of Uttarakhand on Sunday.

The 28-seater bus was carrying 59 passengers, police said, adding a probe will determine the reason of the accident.

India's National Disaster Relief Force (NDRF) was called to the crash site and is continuing its efforts to reach any passengers trapped in the wreckage. The injured have been rushed to hospital.

Extremely saddened by the bus accident in Pauri Garhwal, Uttarakhand. My deepest condolences to the bereaved families. I pray that those injured recover at the earliest. Rescue operations are underway and authorities are providing all possible assistance at the accident site: PM

Prime Minister Narendra Modi tweeted saying he was “extremely saddened by the bus accident in Pauri Garhwal” while Uttarakhand state Chief Minister Trivendra Singh Rawat has ordered a probe into the accident.

In India, a person is killed in a road accident every four minutes, according to government data.

In April this year, 24 children and three adults were killed when a school bus plunged off a mountain road in Himachal Pradesh.

In the same month, 21 people were killed and many others suffered serious injuries after a mini-truck they were travelling in fell off a bridge over the Son river in Sidhi district of Madhya Pradesh.

About 1.2 million Indians were killed in car accidents between 2004-2014, while 5.5 million were seriously injured.