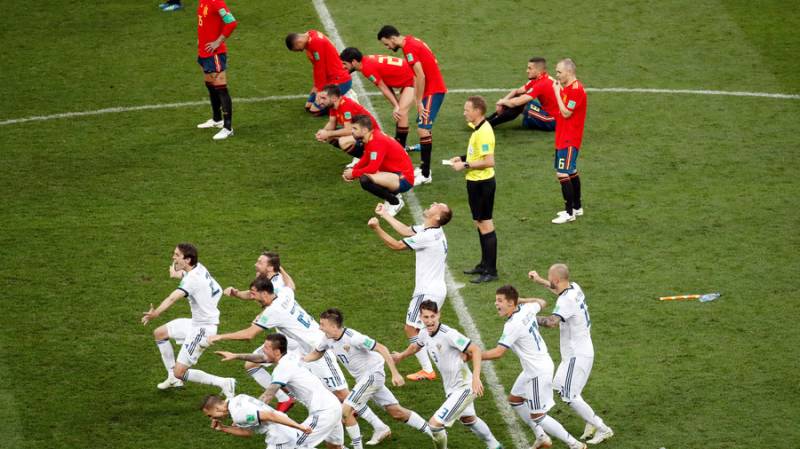 SOCHI - Russia pulled off a spectacular and improbable victory to stun Spain after extra time and penalties at Luzhniki Stadium to keep their home World Cup hopes alive and send one of the pre-tournament favorites packing.

In the end, it was a dramatic 4-3 penalty shootout that decided the game, scoring the winner after a Sergei Ignashevich goal and Artem Dzyuba penalty in normal time meant the two sides could not be separated after 120 minutes of football.

With the result, Russia booked a quarterfinal date in Sochi on July 7 against either Croatia or Denmark in the day’s other last 16 tie.

Russia vs Spain 1-1 After Two Halves

Russia and Spain tied 1-1 during 90 minutes of the match, thus heading to half of hour overtime.

The record had been held by Honduras goalkeeper Noel Valladares who scored into his own net in the 2014 World Cup match against France at the age of 37 years and 43 days.