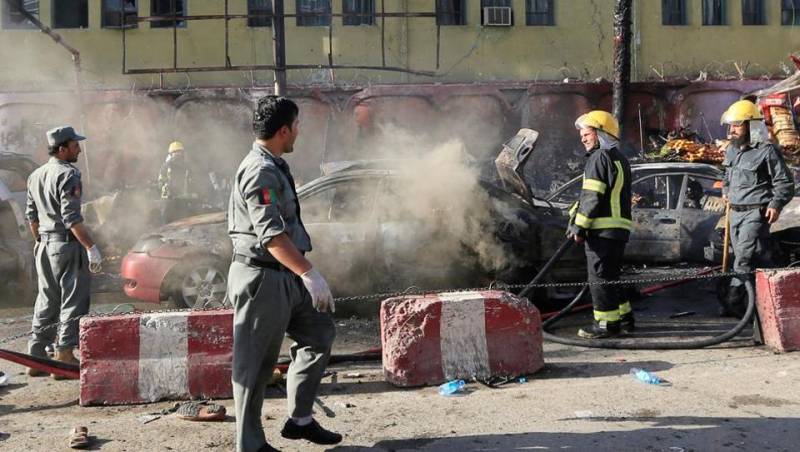 KABUL - At least 19 people, including 10 members of Afghanistan's Sikh minority, have been killed in a suicide bombing in the eastern city of Jalalabad, according to officials.

The bombing came hours after Afghan President Ashraf Ghani inaugurated a hospital in the city, the provincial capital of Nangarhar.

Ghulam Sanayi Stanekzai, Nangarhar's police chief, said the explosion was caused by a suicide bomber who targeted a vehicle carrying members of the Sikh minority who were travelling to meet the president.

Inaamullah Miakhel, a spokesman for the provincial health department of Nangarhar, said 19 people had been killed and 20 wounded. Officials said at least 10 of the dead were Sikhs.

The casualty total might have been much higher had much of the city not been blocked off for the visit by Ghani, who was not in the area when the blast occurred, according to officials.

Local media reported that security forces immediately cordoned off the site of the explosion as ambulances transferred victims to the hospital.