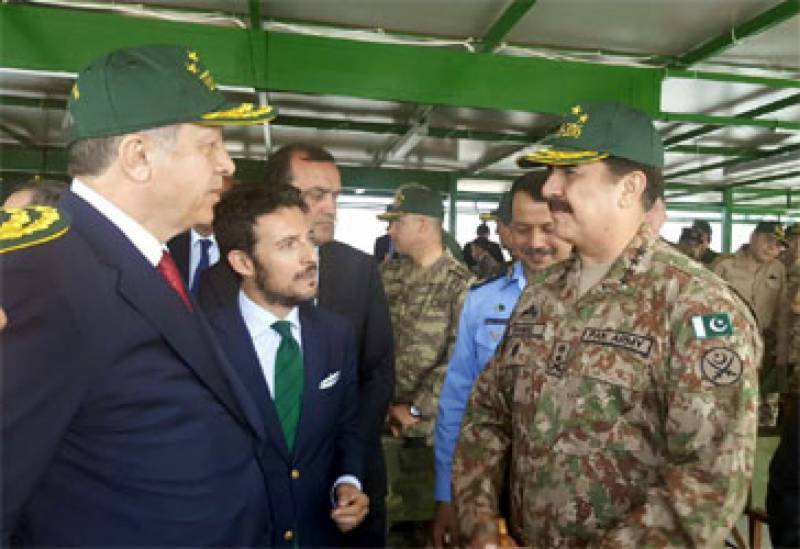 In a meeting with Chief of Army Staff General Raheel Sharif, he said Pakistan and Turkey shared interests in every field and added that defense ties between the two countries were unparalleled.

On the occasion, the Army Chief also appreciated the Turkish armed forces for successfully conducting its military exercise "EFES".

Turkish President said that the joint exercise would enhance existing friendly ties between Pakistan and Turkey, especially between the two Armed Forces.

Along with Turkish troops US, UK, Belgium, Saudi Arabia, Qatar, Azerbaijan, and a contingent of Pakistani Armed Forces is also participating in the joint exercise.