Miss India contest is highly criticized for its choice of contestants 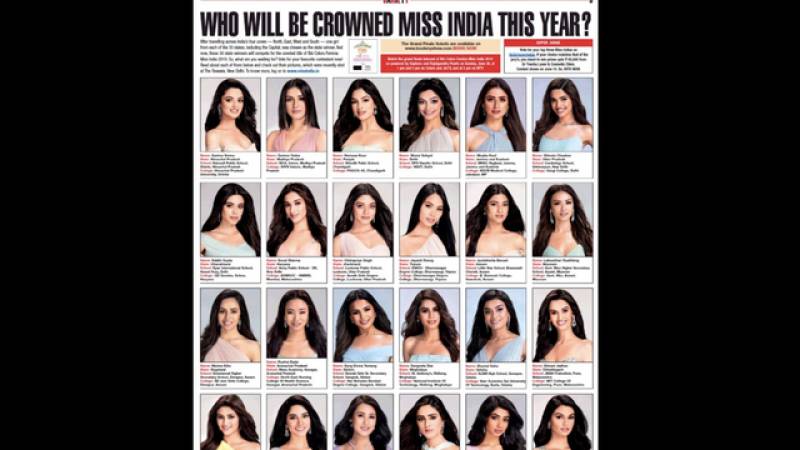 LAHORE - Miss India contest is highly criticized for the choice of contestants it has displayed.

The image, published in the Times of India newspaper, had 30 head-shots of glossy-haired finalists who all appeared to share the same fair skin tone.

Miss India contest: Why do all the finalists 'look the same'?

One of most ethnically diverse countries in the world, but India is still obsessed with being “fair and lovely” #shadeism https://t.co/KFagIKYZoG

What do you think? Do they look similar? UMMM!

Shamita Singha, the grooming expert for the pageant, told the BBC in a recent interview that the images were retouched and that the contests’ skin tones were not as fair as depicted in their headshots.

"This is not the skin tones of the actual pictures," Singha said.

"These are just some of our girls in the last year," she continued. "Everyone's skin color is kept as is."

Some say the photo fuels an ongoing problem of colorism, also known as shadeism, in Indian culture.

"It is a toxic belief that has become part of our culture," Kavitha Emmanuel, the founder of the Indian NGO Women of Worth, told CNN on the matter.

"We still have matrimonial adverts in newspaper which say, 'wanted: fair, slim brides,'" she continued.