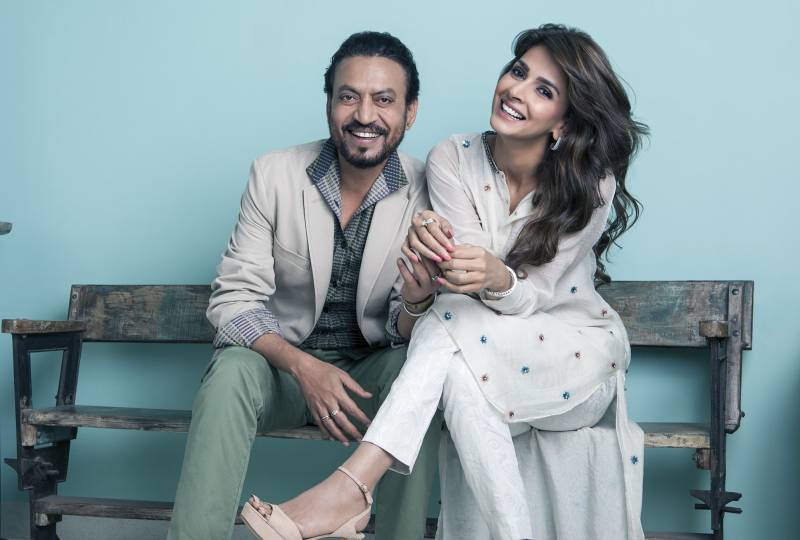 A fan and critics’ favourite, Saba Qamar is a talent powerhouse who wooed the audience with her charismatic performances in the entertainment industry.

An actress par excellence, not only has her craft won appreciation in Pakistan, but also in India. Time and again the 37-year-old star has established the potential to breathe life in every character that she plays and her Bollywood debut was no exception either.

Recently, the Cheekh star appeared in the show Ghabrana Mana hai which was hosted by the versatile  Vasay Chaudhary.

Reminiscing a wonderful memory with late Bollywood star Irrfan Khan, Saba made an interesting revelation about Khan giving her Eidi.

Vasay asked Saba about an old Instagram post where she posed with a note to which Saba launched into a beautiful memory from the sets of Hindi Medium. She said, “When I was shooting for Hindi medium in Dehli, Eid-ul Adha came and that was my first Eid when I was away from home. Then I told Irfan that I Want Eidi and this Eidi is given by him and I still have it with me.”

The host asked Saba to share some other memories with Irfan Khan. She responded saying, ” I have amazing memories with him, and I am his fan since childhood. "

On the work front, Qamar will be returning to the small screen with an upcoming project Tumhare Husn Ke Naam.

Saba Qamar's comeback has been speculated for quite some time now but the Pakistani superstar is officially returning ...