Reema Khan gets very candid and personal with Samina Peerzada 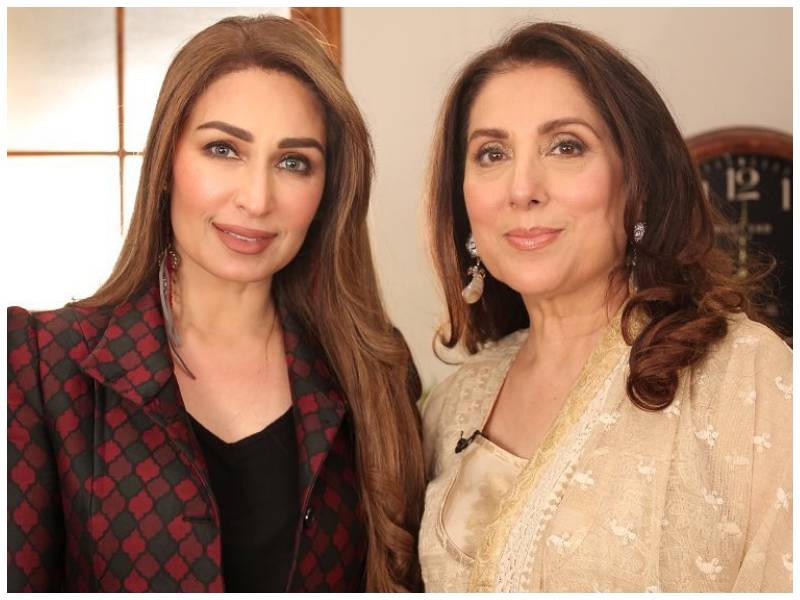 KARACHI - Reema Khan is among the most loved film actors of Pakistan, She has won numerous awards for her performances. Recently the actor was invited for a  heart to heart talk in everyone's favorite web-based show 'Speak Your Heart with Samina Peerzada'.  During the show, Khan shared her deepest secrets for the first time.

Reema Khan has been serving in the Pakistani showbiz industry for quite a long time now and she has been a part of many super-hit Pakistani movies and had also directed a few.

Reema thinks of herself as an extremely practical person. “I can face reality with a brave face. My entrance is showbiz is purely accidental, but I am proud of my career. I believe any profession itself isn’t bad, it is our own deeds and actions that build its reputation,” she said.

She also shared the details about her first film audition, where she went with little to no expectations. The actress only dreamt of becoming popular but fate had so much in store for her. “I had never imagined that I will become so famous at such a young age. A 15 or 16 years old me became famous with a hit like Bulandi,” she said.

She later discussed how the scenario changed in the film industry in 1998 when Punjabi films garnered audiences. “It was a time of rat race where quantity was preferred in front of quality. A heroine’s role was diminished to a prop who has few songs and scenes. At that time, I did a film titled Ghunda Tax which was a super hit. My you younger sisters watched that film, they made me realize that it wasn’t the kind of work I should do".

KARACHI - Pakistani actors Reema Khan and Shaan Shahid are all set to reunite on big screen in an ...

She also said that “I did my last film in 2001 and then acted in two of my own productions, Koi Tujh Sa Kahan and Love Mein Ghum.

When the legendary host, Samina Jee asked Reema about her experiences in the film industry, Reema recalled an incident when she had slapped a co-star.

“One of my colleagues used abusive words on a set and I tried handling the situation gracefully by warning her, but when she resorted to profanities then, unfortunately, I had to slap her. Moin Akhtar and Anwar Maqsood Sahab talked about this incident for a long time in their TV programs,” she said.

“After that incident, I learned to control my emotions even if someone hurt me, but regrettably my colleague hasn’t learned any lesson. She is still hurting people’s sentiments with her words,” she stated.

LAHORE - Reema Khan was assumed to be divorced when she returned to Pakistan without her husband, Ahsan. The actress ...

Apart from showbiz life, Reema Khan married a Pakistani-American cardiologist S. Tariq Shahab in November 2011. On March 24, 2015, Khan gave birth to her first child Ali Shahab. The actor is currently residing in the United States with her husband and son and visits Pakistan on and off.

Have something to add to the story? Comment below.