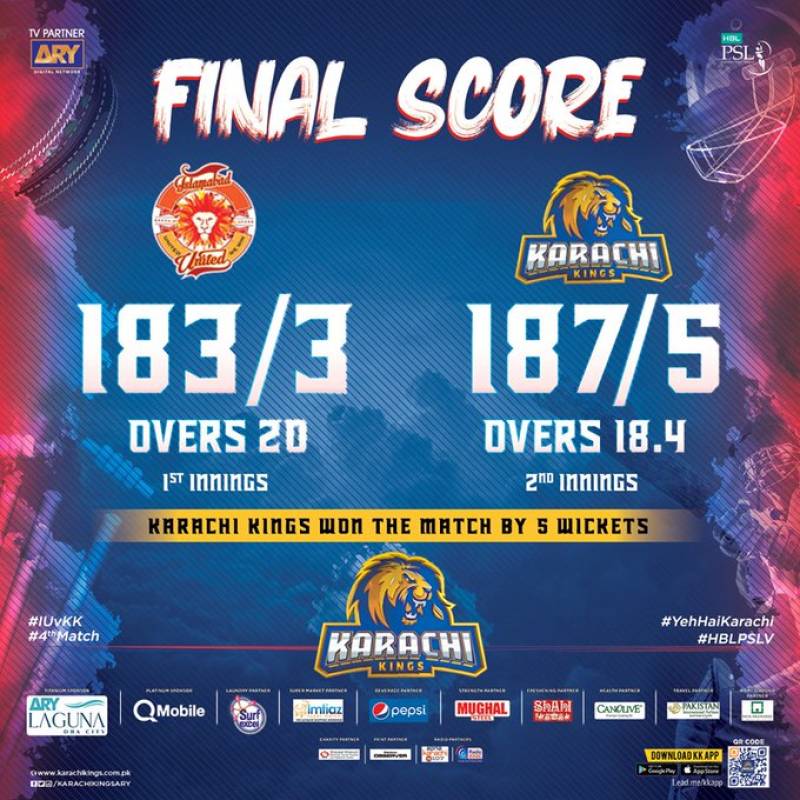 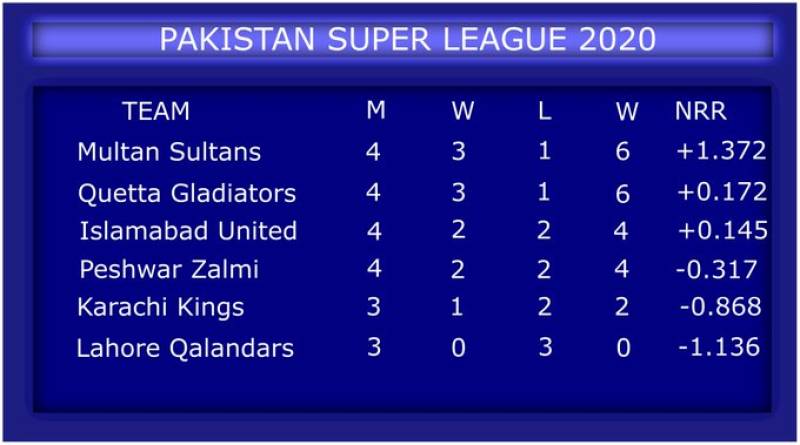 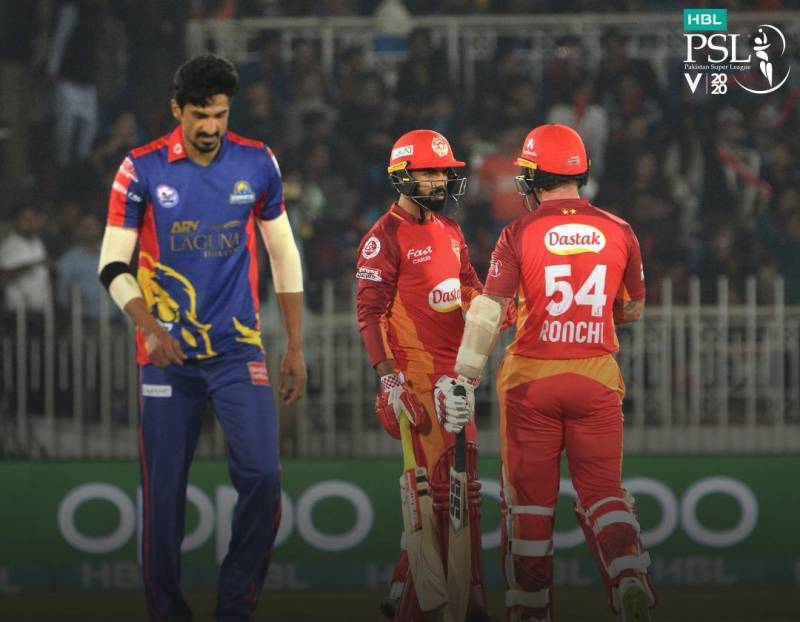 RAWALPINDI – Karachi Kings defeated Islamabad United by 5 wickets during a day/night T20 match in the fifth edition of the Pakistan Super League at the Rawalpindi Cricket Stadium on Sunday.

The match started at at 7pm.

The two times PSL winners Islamabad United have an excellent record in the tournament. Karachi Kings, on the other hand, have yet to lift the title. In the last four tournaments, the Kings have finished third in 2017 and 2018 and finished fourth in 2016 and 2019.