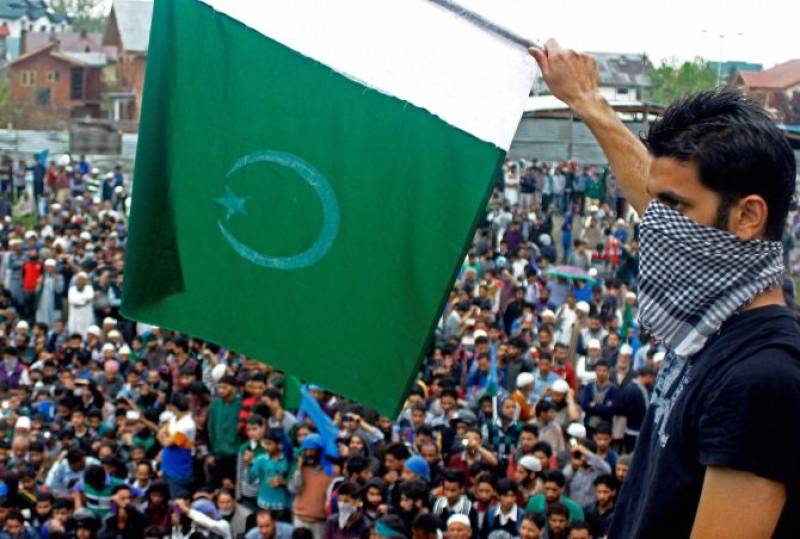 During an April 15 rally, too, held by Geelani, Pakistani flags were waved by supporters which led to filing of case against him, his close aide Masarat Alam and others on sedition and other charges.

Alam was arrested the next day and booked under the Public Safety Act a week later.

The Friday rally was organised in memory of a youth who was shot dead by security forces in an encounter in Tral last month.

Terming Hindus, Sikhs and Christians as part of Kashmiri society, Geelani said, "We welcome return of pandits to their homes but separate townships for them is neither good for the Pandits nor the Muslims.

"Setting up of separate colonies is like dividing our society on religious lines which will harm our age old co-existence and brotherhood," Geelani said, adding that the pandits will have no threat from their Muslim brethren.

"We want to assure you that we will ensure the safety of your lives and honour," Geelani said.