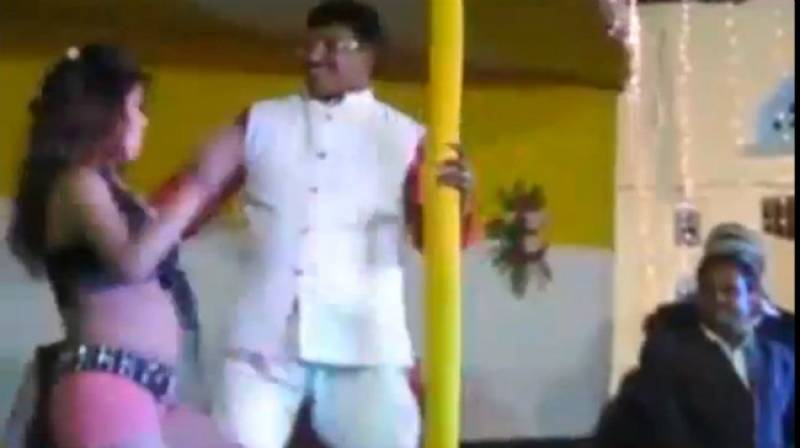 NEW DELHI (Web Desk) - As political activities are on full swing ahead of elections in Indian state Bihar, a video that shows a candidate of ruling party expressing his hidden talent of pole dancing along with a semi-nude woman.

According information available online, the candidate seen in the video has been identified as Abhay Kushwaha who is contesting upcoming election on the ticket of Chief Minister Nitish Kumar's party JD(U) from Gaya.

In the video, Kushwaha is seen dancing with a dancer and at times he can be seen attempting to grab her. He even trips and falls towards the end of video.