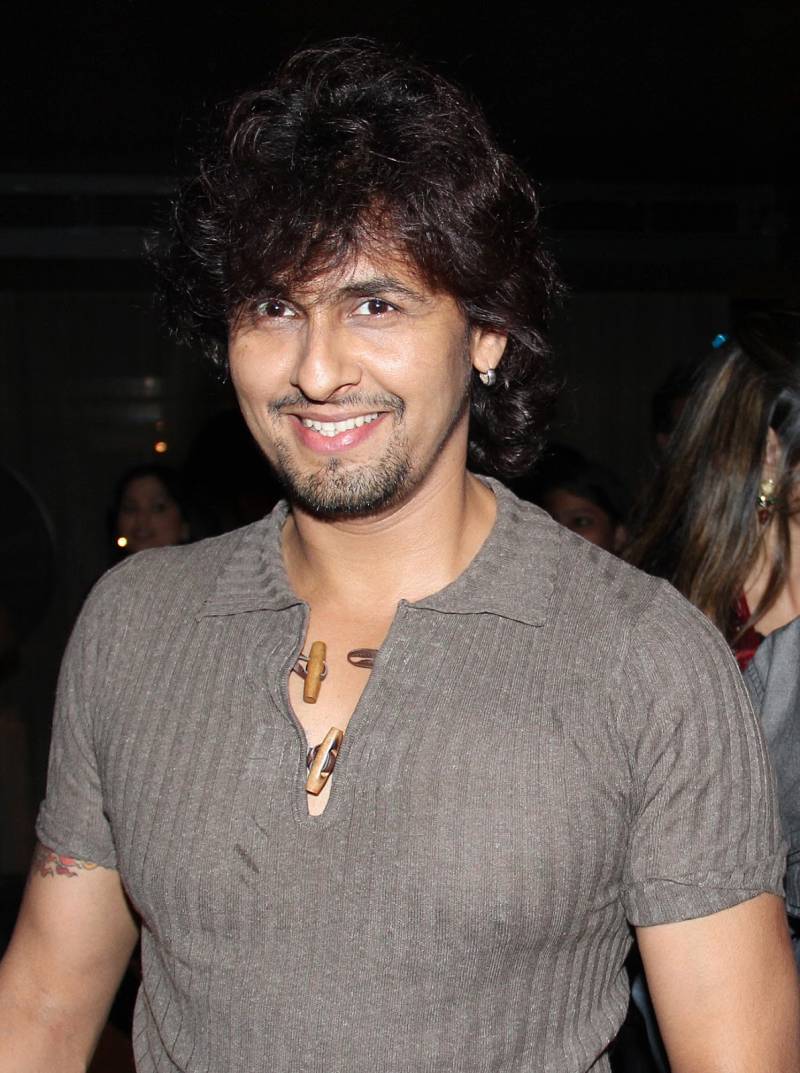 As the Bollywood has become more 'belligerent' towards Pakistani artists following the debate whether Pakistani artists should be allowed to work in India has intensified, a sane message has been voiced by the famous singer Sonu Nigam amidst the herd of ultra-nationalists fanning the escalated tensions.

In his recent tweet, the singer slammed the ongoing warmongering in India. 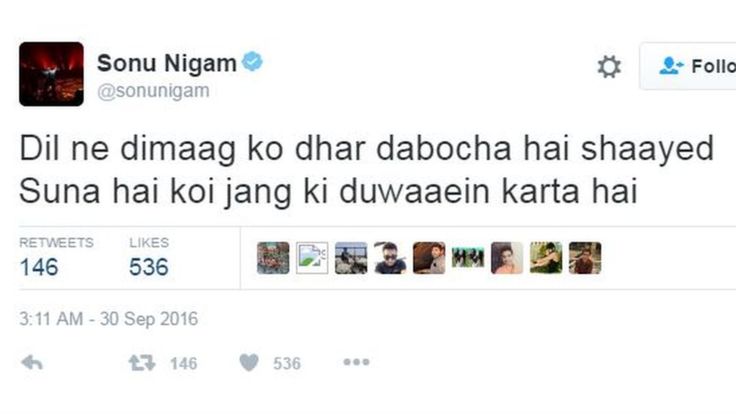 Sonu Nigam had also organised a concert for Pakistani singer Atif Aslam at Indian city of Gurgaon to spread the message of peace. However, the concert was soon called of amid threats and security issues.

Very recently, actor Salman Khan had come under backlash from the extremist groups for saying that Paksitani artists were not terrorists.

Many Bollywood artists came out to spew venom at Pakistan following the Uri attack and heightened tensions at LoC.

Thnx Indian army for the action against terrorism.V should all pray for safety & well being of our Indian soldiers. pic.twitter.com/7gltoNP937

Proud of the Indian Army for successfully carrying out the anti-terrorism operation.Glad the Government took this bold step,was about time!

With senior artists spewing hatred and indulging in nonsensical jingoism, it is seems that warmongering and hysteria has bewitched the major part of Indian political discourse.