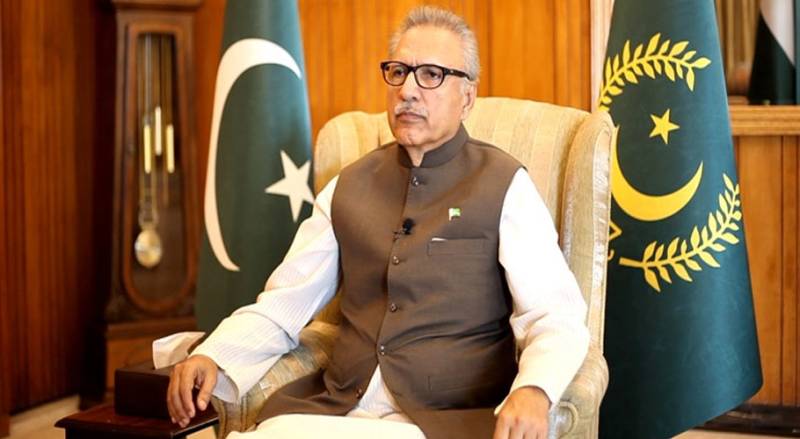 ISLAMABAD – President Dr. Arif Alvi on Thursday called upon parliamentarians and media persons to play an effective role in creating awareness amongst masses about breast cancer.

In his letters addressed to members of parliament and media representatives including television anchorpersons, the President advised them to highlight the issue of breast cancer as October is globally marked as Breast Cancer Awareness Month.

Pakistan has higher mortality rate of breast cancer compared to other South Asian countries, with reason being lack of awareness about the disease, he said.

Ninety-eight percent of women, he said, could recover from the disease if diagnosed at first stage.

He called upon the parliamentarians to carry out awareness campaigns at national level and within their constituencies.

He asked the media to create awareness through public welfare messages, talk shows and newspaper articles during the entire month of October.

The President appealed to the anchorpersons, newscasters and also guests appearing at talk shows to wear pink ribbons during the current month as symbol to highlight the issue of breast cancer.

He said Ulema can also play an important role for creating awareness on health issues. He said health and education are two key prerequisites for development of a country.

He stressed on the need to overcome the social and cultural taboos hindering health preventions.

Speaking on the occasion, First Lady Samina Alvi said statistics about rising numbers of breast cancer are depicting an alarming situation. She urged the media to play its role for public awareness in this regard.

Samina Alvi said we are spreading the message with the help of lady health workers in remote areas. She said armed forces have been asked to help in establishing a data base of breast cancer patients.