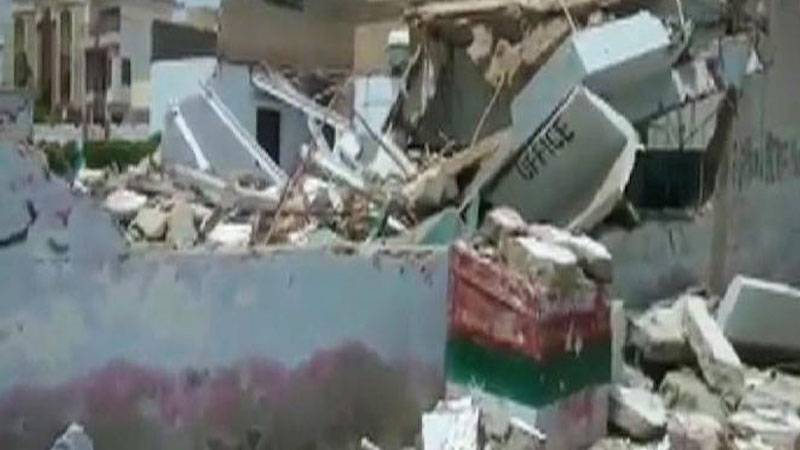 HYDERABAD (Web Desk) - Crackdown against illegal offices of MQM continued on Thursday as two such offices were razed in Hyderabad.

Two unit offices of the party near Heerabad area of the city were demolished in the presence of law enforcement officials. The authorities said the MQM had built these offices illegally on government land.

No untoward incident happened during the operation although residents flocked to the place. Sources informed that more MQM offices could be demolished later in the day.

MQM is already facing a tough time in Karachi after its illegal offices were flattened in the city. The clean up operation is backed by highest government officials.

After Altaf's anti-Pakistan diatribe on August 22, public opinion shifted heavily against the party and provincial administration gave a green signal to squash illegal possessions of MQM.