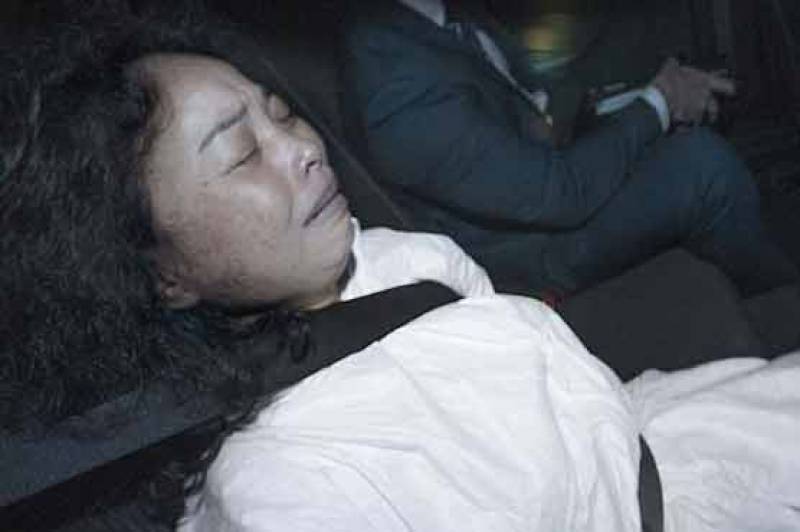 MELBOURNE (APP) - A spurned Chinese woman sobbed hysterically in court Thursday after being accused of killing a four-year-old boy in Australia with garden shears before laying in wait for his grandmother and stabbing her to death.

Cai Xia Liao, 45, had been having an affair with the boy s Melbourne-based grandfather Brian Mach, 61, until he recently called it off, prompting her to allegedly tie and gag him after arriving at his home on Tuesday morning.

Police claim she then killed his grandson Alistair Mach, 4, whom he was babysitting, as the boy lay in bed, stabbing or slashing him with the shears in the head and neck. He also had deep defensive wounds to his fingers, hands and arms.

Cai, in Australia on a tourist visa, is accused of waiting 10 hours for Mach s wife Mai to return home before allegedly attacking and murdering her with the same shears, stabbing or slashing her 23 times in the backyard.

A neighbour alerted police after witnessing the second killing.

An out-of-sessions court hearing late Wednesday was told Brian Mach had recently broken off a relationship with the woman. He was taken to hospital with minor injuries, police said.

Cai, who does not speak English, was charged with two counts of murder and one count each of intentionally causing injury and false imprisonment.

She appeared in the Melbourne Magistrates Court on Thursday and sobbed uncontrollably during a short appearance.

The Herald Sun said more than 15 people closely connected to the Mach family turned out to watch the brief hearing, including the boy s stunned mother who sat holding a small teddy bear.

Many sat wiping away tears even before Cai was marched in flanked by security guards.

Family friend Diana Teoh, who had known Alastair since birth, told the newspaper he was "very bubbly, a very good boy".

"They (Alistair s parents) are trying to be strong for the rest of the family but they are definitely very devastated," she said.

"We don t know what to tell our children too because they played with him all the time."

Cai will return to court for a committal hearing on July 22.