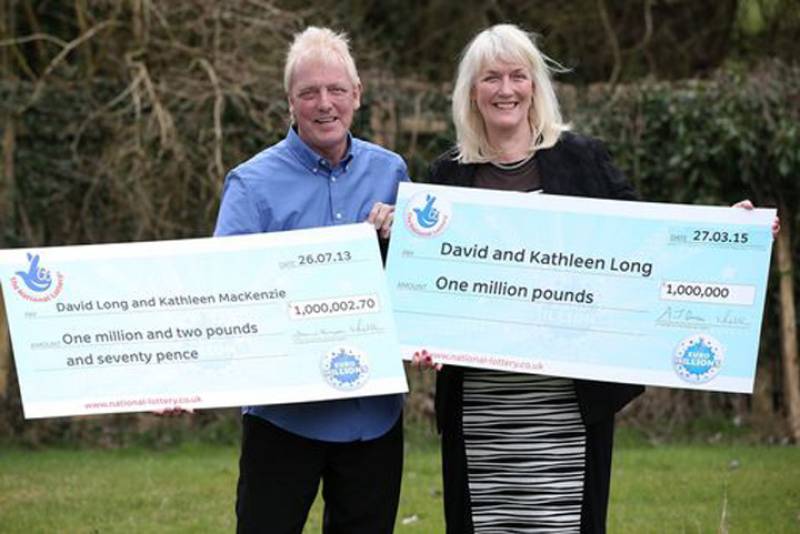 LONDON (Web Desk) - A couple from northern England has defied the odds - again - by winning a million pounds ($1.5 million) in the lottery for a second time.

David and Kathleen Long won the money - and a car - in the EuroMillions Mega Friday Draw, having already scooped up 1 million pounds in 2013.

David Long says he played his usual numbers and watched in amazement as they came up. His wife, Kathleen, had to verify them. Since then, it's all been a blur.

The retired truck driver says the win means he'll probably take his wife on a cruise - as he's run out of excuses not to go now. A party is also planned.