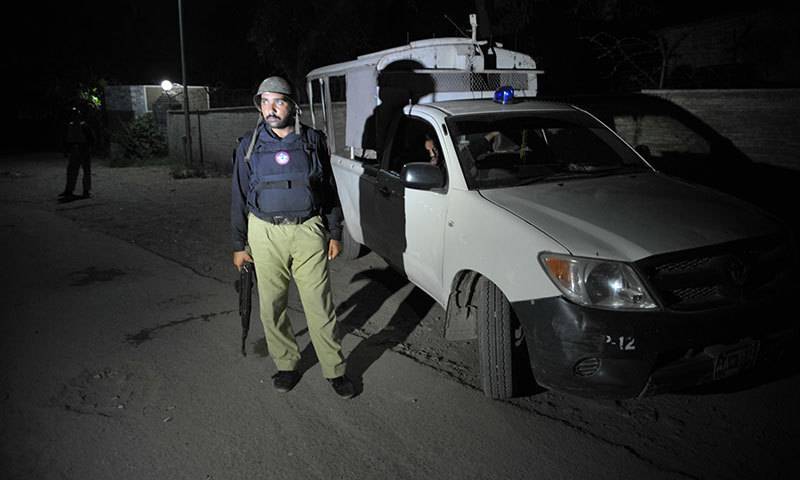 LAHORE (Web Desk) - Police have arrested Mustafa Kanju, the son of a former state minister accused of killing a teenager, from Kahror Pakka in district Lodhran.

Mustafa Kanju – who was driving his car – allegedly opened fire on a vehicle near Cavalry Ground area which led to the killing of a fifteen-year-old boy and a pedestrian being injured. Mustafa is the son of former minister Siddique Kanjo.

Soon after Mustafa fled the scene, cops held his guards. A First Information Report (FIR) was also registered against the former minister’s son.

Taking notice of the incident, Punjab Chief Minsiter Shahbaz Sharif had ordered the deputy inspector general operations to arrest the suspect, carry out an investigation in the matter and submit a report.

In order to find evidence, police also conducted post-mortem examination on the body of the deceased.

Police said, Mustafa Kanju, the son of former state minister Siddique Kanju also wounded a passerby when he and his three guards opened fire following a minor road accident involving his vehicle and a motorcycle.

The slain youth is identified as Zain, who according to police was a student of class 9 while the injured is recognised as Zain’s friend Hasnain.

The mother of the slain teenager has appealed to Prime Minister Nawaz Sharif, Chief Minister Punjab Shahbaz Sharif and the chief justice of Pakistan for the swift deliverance of justice.