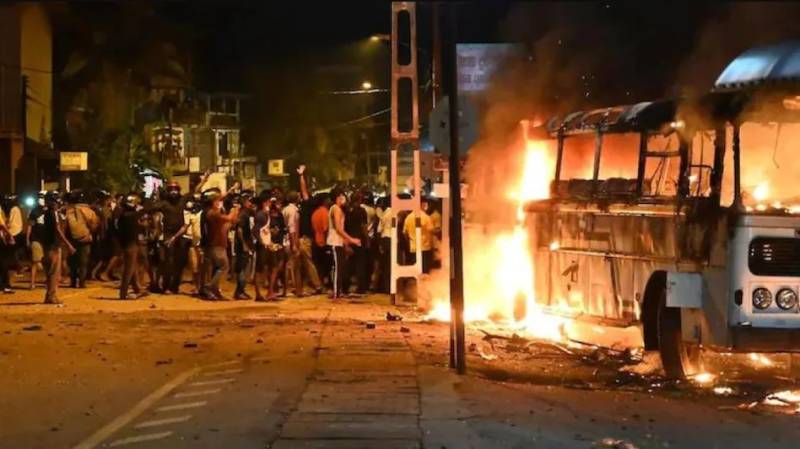 COLOMBO – A state of emergency has been declared in Sri Lanka as protests being held outside the president’s house against deepening economic crisis turned violent.

President Gotabaya Rajapaksa has given sweeping powers to the military by invoking the tough laws of the country in order to tackle the intensifying protests which are demanding his resignation.

Under the emergency law, the security forces are allowed to arrest and detain suspects for long periods without sending them into trial.

The president in his statement said that the decision to imposed the emergency was taken for “protection of public order and the maintenance of supplies and services essential to the life of the community”.

The South Asian nation with 22 million population is facing acute power outage, shortage of fuel and rising prices of food items and the country is running out of foreign currency reserves.

On Thursday, a number of people gathered outside the president’s house and launched peaceful protests. Some participants told international media that the situation turned violent after police used tear gas and water cannons to disperse the protesters in the capital city.

The Sri Lankan government has commenced groundwork to secure US$ 200 million credit line extended by the Pakistani ...