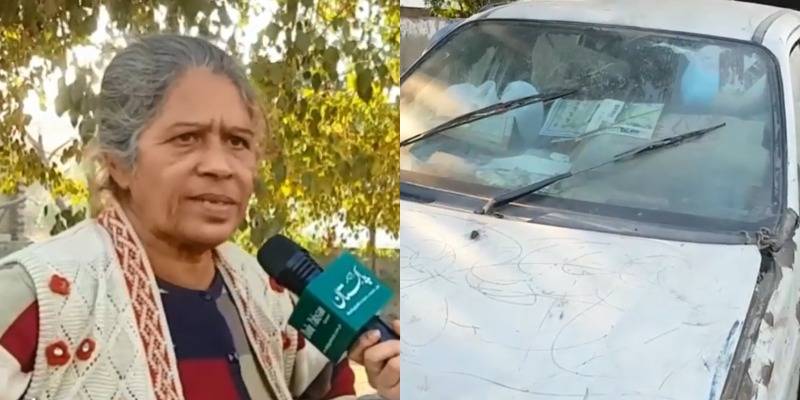 Despite leading a wretchedly uncomfortable life on the roads of Lahore after enjoying an executive career, this silver-haired woman believes that Allah Almighty will end the unpleasant days.

Azra spent a big part of his life in London serving at the key posts in defunct Bank of Credit and Commerce International (BCCI) in London. She returned to Pakistan after the bank was shut down in 1991.

BCCI was an international bank founded in 1972 by Agha Hasan Abedi, a Pakistani financier. The Bank was registered in Luxembourg with head offices in Karachi and London. A decade after opening, BCCI had over 400 branches in 78 countries and assets in excess of US$20 billion, making it the seventh-largest private bank in the world. It was shut down following the allegations of financial crimes.

Talking to Daily Pakistan, the former banker said she belonged to a renowned family and had friendship with famous personalities, including Tehmina Durrani, the wife of Pakistan Muslim League-Nawaz President Shehbaz Sharif.

Number of Pakistanis including late Hakim Ali Zardari, the father of Asif Ali Zardari contacted her to get loans when she was in the office. The old woman said that she had refused Hakim's request for a loan.

Azra's total asset is a grubby car filled with clothes and other items packed in plastic bags. She spent her days and nights in the four-wheeler amid changing seasons as she does not possess any house.

"I owned two farmhouses When I was in London," she said while recalling her pleasant past. After the closure of the bank, she came back to Pakistan where she started a business but a fraudster looted her, forcing her towards miserable life.

No one has a relation with you when poverty surrounds you, said the dejected old lady who claims to be a relative of former PCB chairman Shehryar Khan. A renowned Pakistani politician Ghulam Mustafa Khar, according to the woman, is his adopted brother and lived with her in London.

Responding to a question about her qualification, Azra said she held nine masters degrees in various subjects and completed over 700 courses. "I have travelled numbers of countries and enjoyed executive life and do not have any wish to be fulfilled," she said.

"I believe that Allah will turn the tough circumstance around and I will again get the place where I was in the past," she concluded.