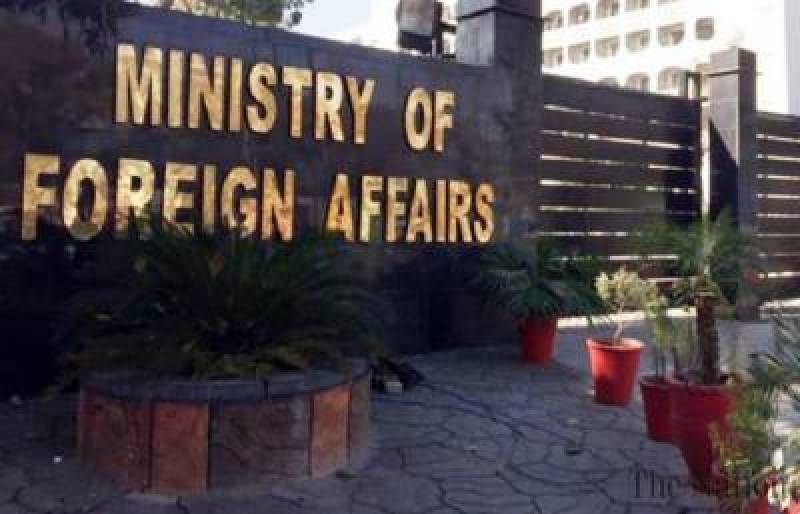 In a statement, Foreign Office Spokesperson Aisha Farooqui said that Pakistan deplores the continuing proclivity of Indian political as well as military leaders to fabricate facts regarding situation along the LoC as part of their attempts to mislead the world and with the intention of staging some false flag operation.

She said there should be no doubt about Pakistan's resolve and readiness to thwart any aggressive Indian move, inside its territory or Azad Jammu and Kashmir.

The Spokesperson said no one should forget Pakistan's befitting response to India's Balakot misadventure.

She said despite India's provocations, Pakistan will continue to contribute towards peace, security and stability in the region and beyond.

She also reaffirmed Pakistan's unflinching support and solidarity with the Kashmiri people as the inhuman lockdown in Indian Occupied Kashmir reaches 150 days.

Aisha Farooqui said Pakistan will continue to raise the plight of Kashmiris at all international fora.

She said India's farcical claims of "normalcy" returning to the situation in Occupied Kashmir carry no credibility, the Radio Pakistan reported.

She said Pakistan will continue to stress for urgent and effective steps by the world community to stop India's state terrorism against the Kashmiri people.