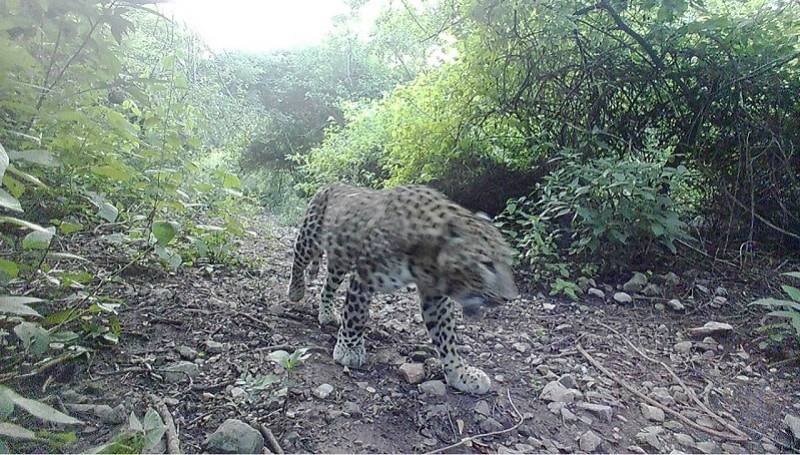 The #MargallaLeopardReserve launched today within the #MargallaNP by @WildlifeBoard @ClimateChangePK - a globally unique #biodiversity spot nestled in the urban capital city of #Islamabad - now protected under @ImranKhanPTI vision of living in balance with #Nature pic.twitter.com/R5innX4r9R

Speaking on the occasion, Aslam highlighted that the Margalla Hills National Park supports the existence of a myriad of birds and snake species in the region saying the preservation is, therefore, vital and the government vows to do that as per the vision of the Prime Minister Imran Khan.

Aslam added that we did not create it… rather nature helped it due to the protection efforts and favorable environmental conditions.

Thank you @rinasaeed for the invite to inaugurate the “Leopard Preservation Zone” - maybe the best initiative for Islamabad as it will do a lot to protect the overall ecosystem. And what an ecosystem it is! Trail 6 is our greatest treasure that no road shud be allowed to destroy pic.twitter.com/GPqHUc9uNC

SAPM noted that the four-legged carnivores remained critically endangered as per the listing of wildlife species of the International Union for Conservation of Nature (IUCN). He also mentioned that around 300 birds, 350 plants, and 20 snakes species can be found at the Margalla Hills National Park.

ISLAMABAD – Prime Minister Imran Khan has expressed satisfaction over the strict policy of the incumbent ...

He also mentioned the guided tours on the Trail-6 as it would no more be an open trial due to the presence of leopards. Amin went on to term the initiative an ecotourism promotion method to generate healthy revenue for the national exchequer.