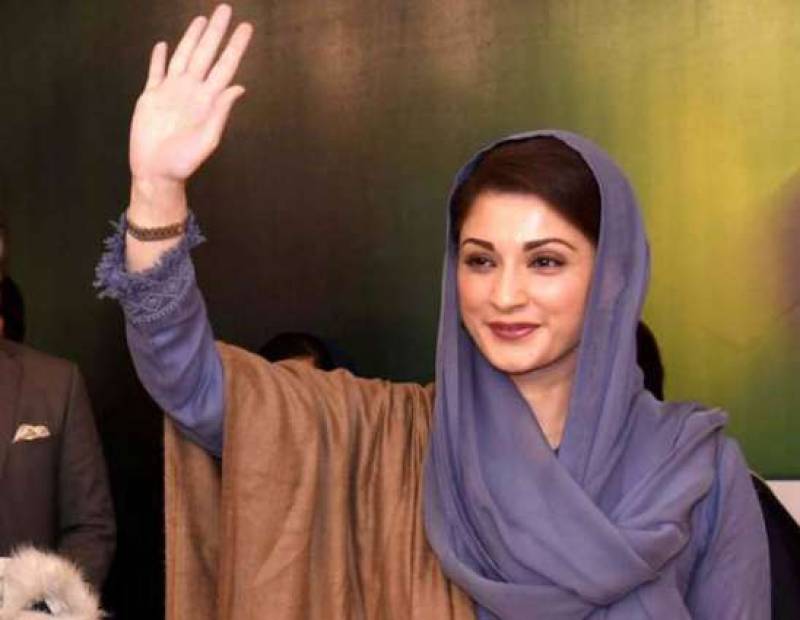 Talking to the media outside London’s Harley Clinic, the PML-N leader said that Pakistani politics must get rid of violence immediately.

In an apparent jibe at Pakistan Tehreek-e-Insaf (PTI) chairman Imran Khan, she said, “Some people encouraged the tradition of violence in politics.”

“There should be freedom of expression over differences in opinion,” she asserted.

Maryam, who is currently in London to tend to her ailing mother further said, “Will return to Pakistan very soon.”

Earlier, three times prime minister, Nawaz Sharif and his daughter, Maryam Nawaz, have reportedly decided to come back to Pakistan in a week as the election fever has gripped the entire country.

LONDON - Former prime minister Nawaz Sharif and his daughter, Maryam Nawaz, have reportedly decided to come back to ...

A private news channel citing sources claimed that the decision to return to Pakistan was made after a consultation meeting with senior leaders of the Pakistan Muslim Leauge-Nawaz (PML-N).

The both Sharif and his daughter had gone to London before the Eidul Fitr to inquire about the health of ailing Kulsoom Nawaz but they have to extend their visit due to the deteriorated condition of the former first lady, who is on a ventilator after suffering a heart attack.

Sources said that Maryam, who is PML-N candidate from NA-127 and PP-173 constituencies, might flight back to Pakistan before his father in order to run his election campaign.

Moreover, Nawaz Sharif said earlier that he had great respect for Pakistan army as an institution and also eulogized its sacrifices on the war against terrorism and on the line of Control (LOC) for the cause of the country.

Talking to media persons outside the Harley street clinic where his spouse Begum Kulsoom Nawaz is under treatment, the former premier alleged that his party candidates were being either harassed or forced to change their loyalties for joining Pakistan Tehreek Insaf (PTI) or asked to contest with the election symbol of Jeep instead of Lion which was the election symbol of Pakistan Muslim League (PML-N).