'Over 150,000 Pakistanis have served in 41 UN peacekeeping mission' 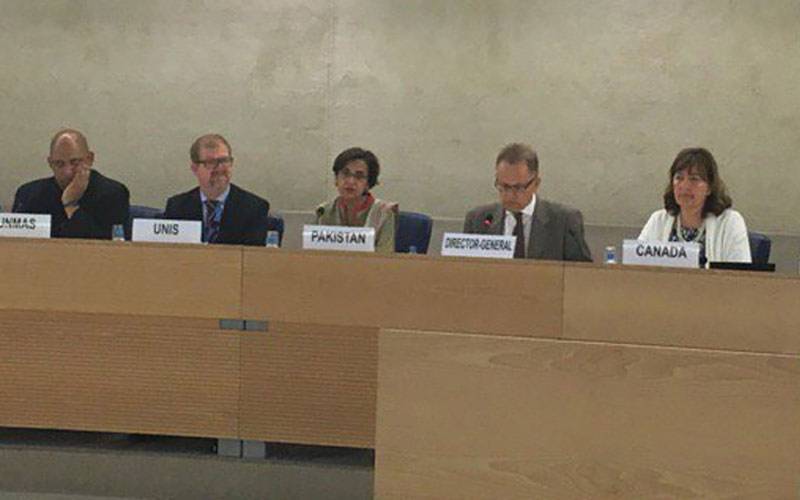 GENEVA (APP) - Pakistan has a longstanding commitment to United Nations Peacekeeping and over 150,000 Pakistani peacekeepers have served with distinction in 41 UN peacekeeping missions in different parts of the world.

This was stated by Pakistan's Permanent Representative in Geneva Ambassador Tehmina Janjua at a Panel Discussion to commemorate the International Day of UN Peacekeepers.

She said Pakistan is proud of its role in some of the notable successes of UN peacekeeping. She added that 142 Pakistani peacekeepers had made the ultimate sacrifice by laying down their lives for the cause of world peace.

Ambassador Tehmina Janjua also said that Pakistani women had been outstanding in the field of peacekeeping. She said that Shahzadi Gulfam of Pakistan Police was the first ever recipient of the International Female Police Peacekeeper Award in 2011.