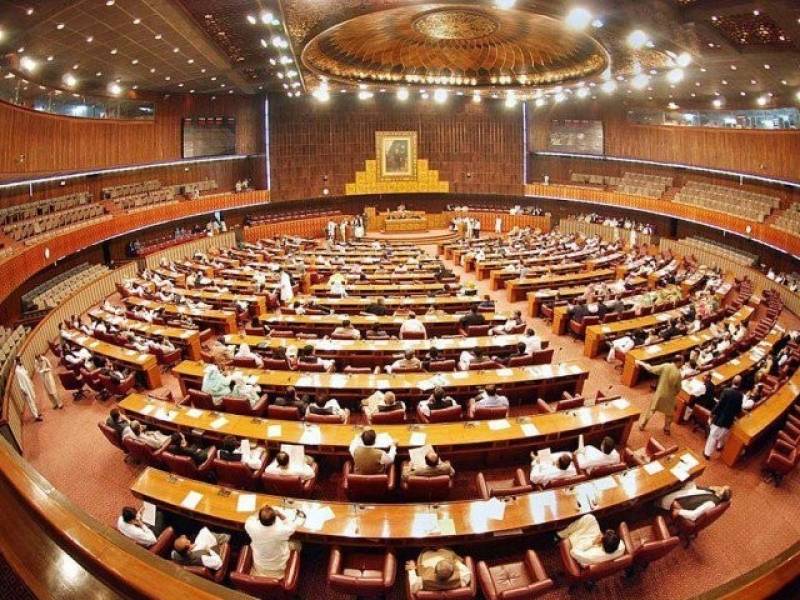 ISLAMABAD (Web Desk) - Senate was told on Thursday that the underground water level in Islamabad has plummeted and in certain areas residents were facing acute water scarcity.

During question hour, Senators were told in reply to a question from Mian Muhammad Attiq Sheikh that no proposal was under consideration to impose a ban on water  boring in areas falling under the jurisdiction of Islamabad.

Related: Pakistan to run out of water by 2025: govt water research body

Responding to a question from Senator Azam Swati, State Minister of CADD said that arrangements had been made to supply clean drinking water to hospitals in the federal capital. A filtration plant had also been constructed at the Polyclinic Hospital and filters have been installed with all water coolers.

Replying to a question from Senator Mohsin Aziz, State Minister of CADD said that the matter of suspension in gas supply to polyclinic was being probed. 3 employees including one doctor of the hospital have been suspended in connection to this matter.

Responding to a question from Senator Nisar Muhammad Khan, Minister for the Cabinet, Sheikh Aftab said that the Islamabad International Airport project had been started at a cost of Rs 36 billion rupees and now the revised PC-1 had gone up to Rs 81.17 billion.