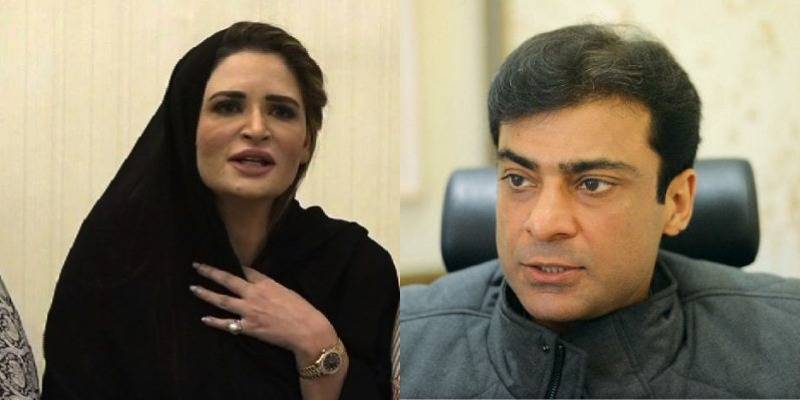 A two-member bench, headed by Chief Justice Mian Saqib Nisar heard the case at apex court's Lahore Registry, where the complainant said that she and her daughter's life were in danger.

She had moved the Supreme Court last year seeking lifetime disqualification of Pakistan Muslim League-Nawaz (PML-N) leader Hamza. The applicant had argued that Hamza Shahbaz has not remained Sadiq and Amin under Article 62, 63 after his behavior with Ayesha Ahad.

The chief justice, then, ordered the accused to appear before the court immediately by 1pm today, to which Punjab advocate general informed the court that Hamza was abroad and will reach country in three or four days. The court expressed anger over non-implementation of the orders.

Later, the court summoned the PML-N leader on June 6, besides ordering the Inspector General of Police to provide security to Ayesha Ahad, a daughter of former MPA Ahad Malik.

In a major development, the apex court ordered to register a case against Hamza and other suspects on the charges of torturing the complainant.

The chief justice remarked that what happened with the orders of the sessions court regarding registering the case against the accused. He inquired if the Lahore High Court had suspended the orders.

Following the court action, the complainant said that she is thankful to Allah as orders of registering a case against suspects was ordered after 7 years.

She had claimed to have been married to Hamza Shahbaz in 2010 before she was unceremoniously abandoned by her alleged spouse. But, later, Hamza disowned the wedlock and subjected her to severe torture through PML-N workers and police to force her to withdraw her statement which was based on truth, she added.