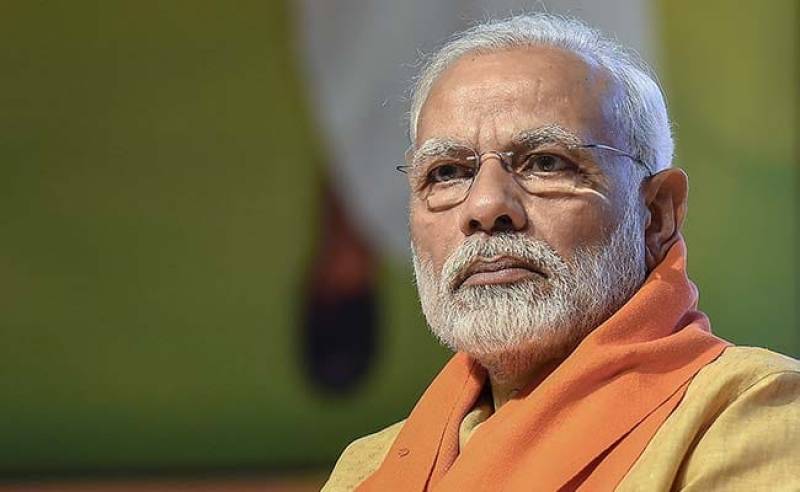 Narendra Modi has come back to power for the second straight time in New Delhi, even stronger than his historic first in 2014. Even though the Opposition to the man of the moment in Indian politics never had a realistic chance to derail him in the marathon general elections held in April and May, yet they kept on harbouring the hope of pulling off the unlikely. But by pushing the ruling Bharatiya Janata Party’s own tally of seats to beyond 300 (the National Democratic Alliance led by the saffron party got 349 out of 543), Modi and his lieutenant Amit Shah proved that they have indeed changed India in their favour and in a massive way.

There are islands of critics who are yet not convinced with Modi’s stupendous victory besides certain Opposition leaders. Nobel laureate Amartya Sen has, for instance, said that the battle of ideas is still far from over in India. The ‘argumentative Indian’ certainly has his intellectual take on the subject, but there is no denying that the majoritarian soul in India has found its moment to relish and the secular façade that the Nehruvian legacy had provided to the country’s socio-political and cultural spheres has shown serious signs of erosion. Even when Atal Bihari Vajpayee was the prime minister of a BJP-led coalition government in the late 1990s and early 2000s, the saffron rule was seen more as an exception in India’s political life and even that exception was not entirely cut off from the Nehruvian ideology. It was a convincing thought that even if the BJP comes to power in India, it has to adjust itself to the country’s inclusive ethos and could not afford a hardline stance.

Not any more in Modi’s India

But why have the people of India endorsed with an open heart a man who has a tainted past? Even though Modi had won three elections on the trot in Gujarat, replicating the same for the entire country was deemed impossible by many. The thinking was that India is not Gujarat. Yes, the Modi cyclone has not yet breached southern India the way his party would have liked but there is no significant number of seats in the South to check the man’s meteoric rise nationwide. It more remains an exception that proves the rule. On the other hand, Modi’s BJP now has made serious inroads in the eastern and north-eastern parts of the country as well that were also considered beyond its reach once.

The main reason for Modi’s emphatic success is the pathetic failure of India’s liberal class. Although it calls itself the carrier of the great Nehru’s legacy, the harsh irony is that this liberal class, or the one which pretends to be so, has systematically destroyed Nehru over the decades. Each of Nehru’s pillars that had once held the identity of India high has been demolished, more by his own successors than Modi, and this has made the BJP ruler the founder of an entirely new republic in India. The trend is not an exclusive one though as Donald Trump of the US, Recep Tayyip Erdogan of Turkey, Xi Jinping of China and Rodrigo Duterte of the Philippines have also scripted a similar story. In the case of India, it is the eclipse of credible liberalism which is a precarious sign. But the way the liberals in India have handled the sensitive issue of secularism over the years, the rise of Modi was a logical conclusion.

The second reason for Modi’s rise is economic. Although it was a Congress-led government that had liberalised the Indian economy in 1991, it was done under the leadership of a non-Gandhi prime minister in PV Narasimha Rao. Under three generations of leadership from the Nehru-Gandhi dynasty, India had not changed its course from an unsuccessful state-planned economy. And as India’s economic potential has been unleashed in the last three decades or so, the ambitious generations of the country today see the role of the Nehru-Gandhi family in India’s economic uplift less worthy. Things could have been different had the Congress successors of Nehru decided to go for liberalisation earlier than in the 1990s. The Congress’s past leaders have little appeal left among today’s generations of New India and the perceived mistreatment meted out to Rao has fuelled the public outrage against them further.

Narendra Modi is a direct beneficiary of these historical blunders of the Congress era. The man has also seen a fast rise for one, he already had a reputation as an able and pro-business administrator of Gujarat. Being a Gujarati leader, Modi was also a popular name with the Indian diaspora despite the bans that were imposed on him by various western countries once post the Gujarat pogroms. And as Modi’s electioneering suggested later, the BJP has brought into play an effective political recipe that has a perfect blending of Hindutva, nationalism and sloganeering of development. For an average Indian, the Modism which has come to define Indian politics today has an impeccable appeal for it prevails over caste divisions, has a high dose of nationalism and brings out the latent Hindu in all who has felt increasingly disappointed with the alleged practice of minority appeasement in the name of secularism all these years.

The pride of Indianness, not an inclusive one

Modi has become a facilitator of the pride of Indianness, which is not inclusive. With each election win under his belt, the man travels far, far off from 2002 and is increasingly endorsed by India’s majoritarian democracy. The approval is not something that the liberals and moralists appreciate but it is a fact nonetheless. The BJP’s narrative is what the 21st century India feels suits it best, just like the endorsement Nehru’s Congress had in decades after independence.

If India had a secular state created as a counterweight to an undemocratic society to facilitate the overall Project Democracy, the advent of the Modi years has changed that arrangement. The state’s identity is undergoing a change and factors like economic potential and development have camouflaged that. It will be interesting to see whether Modi 2.0 also leads an India where exclusive politics takes a heavy toll or he makes an all-out effort to establish himself as the greatest statesman India has ever seen by putting his foot down strongly on the majoritarian atrocities.

In India, it is only Modi who can be Modi’s opponent. After two massive mandates, his liberal critics are only left with the pray that the prime minister also turns representative of a liberal voice instead of a majoritarian atrocity. That way, the powerful leadership of Modi could become unbeatable in history.