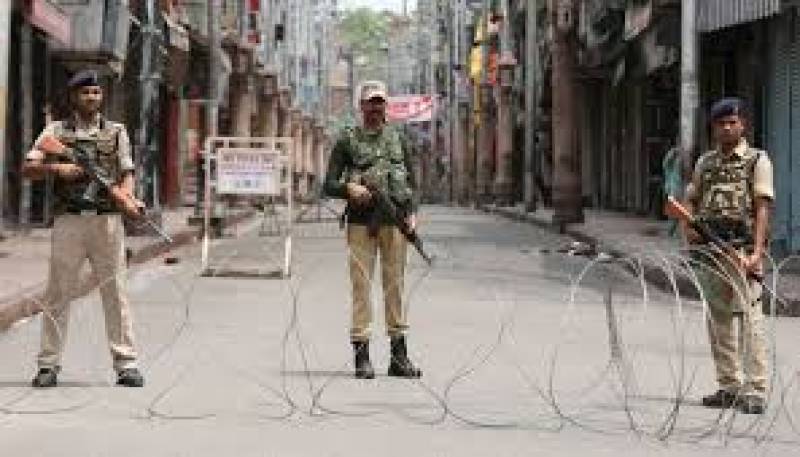 SRINAGAR - Indian troops, in their fresh act of state terrorism, martyred one more Kashmiri youth in Pulwama district in occupied Kashmir, today (Tuesday), taking the toll to 14 within 24 hours.

According to Kashmir Media Service (KMS), the youth was killed by the troops during a cordon and search operation in Saimoh area of the district.

Yesterday, the Indian troops martyred 13 Kashmiri youth; 10 during a violent military operation in Mendhar and other villages of Poonch district and three in Nawshehra area of Rajouri district.

The Indian troops martyred 21 Kashmiris including two young boys in IOK during the last month of May.

Indian police and paramilitary personnel arrested 146 people, mostly youth, and molested and disgraced 20 women during 565 cordon and search operations in different areas of the territory.

During the period, at least 200 people were injured due to the use of brute force including firing of bullets, pellets and teargas shells by Indian troops and police personnel on mourners and peaceful protesters in the territory.