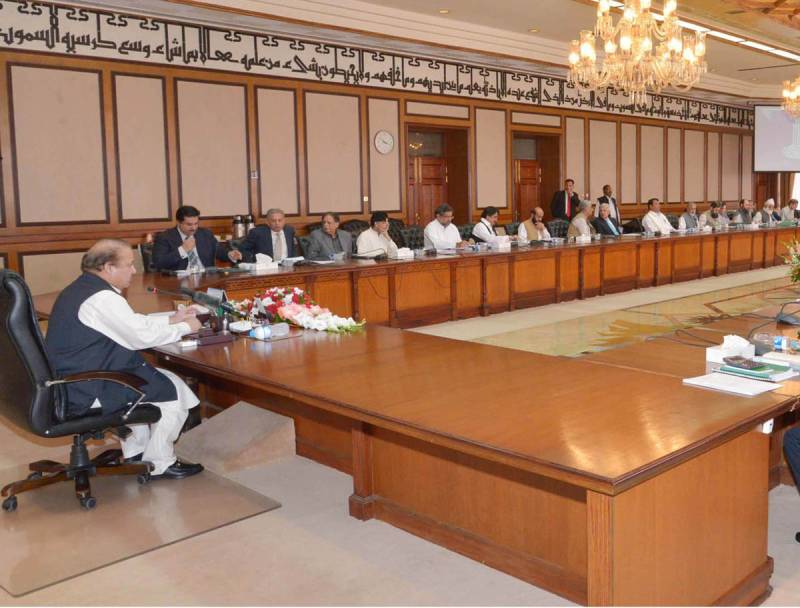 ISLAMABAD - In what appears to be a landmark decision, the federal cabinet has approved recommendations put forth by the Federally Administered Tribal Areas reforms (FATA) committee.

'The cabinet accords in principle approval to the recommendations of the FATA reforms committee' PM house said in a statement.

The cabinet accords in principle approval to the recommendations of the FATA Reforms Committee.

The approval came during a crucial cabinet meeting under the chair of prime minister Nawaz Sharif and senior officials including K-P Governor Iqbal Zafar Jhagra.

According to sources privy to the developments, it was also decided that the Frontier Crime Regulation (FCR) will be repealed after a constitutional amendment.

On the occasion, Prime Minister Nawaz Sharif said the people of Fata, Gilgit Baltistan (G-B) and Azad Jammu and Kashmir (AJK) will get their due rights.