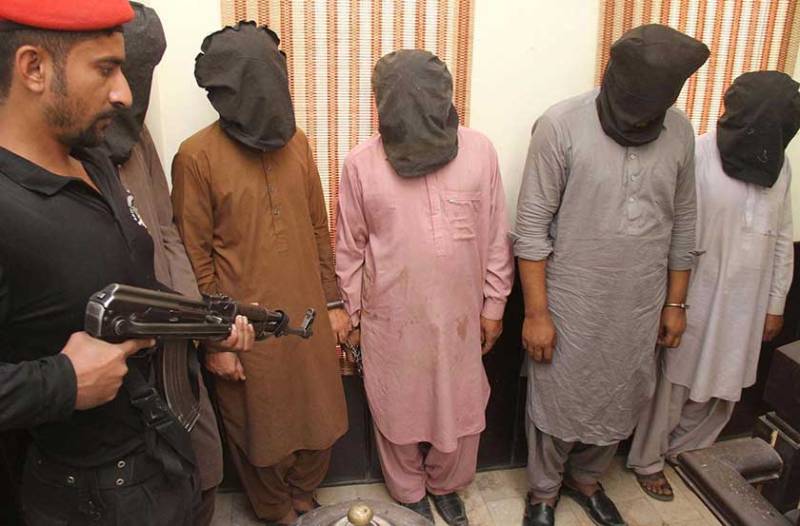 HYDERABAD - A suspected terrorist, revealed to have been trained in India, was arrested by the Hyderabad police on Friday.

Muzaffar Hussain Nanjrajt is said to have acquired training in India and he was deployed in Pakistan to stage attacks on foreigners.

Upon a tip-off from him, four of his facilitators were also taken into custody.

The official said that the five-member group was led by the self-proclaimed chief of Sindhudesh Revolution Army (SRA), and it was targeting security personnel and Chinese nationals.

“The suspects were running a sub-nationalist group to launch a separatist movement in the province and, according to their own confession, they were trained and sponsored by India," DIG Javed Odho said, adding that the "suspects used to frequently visit India by crossing the border near Badin district".

SSP Shah said the suspects identified as Muzaffar Hussain Nanjgraj, Murtaza Abro, Shakeel Ghangro, Rafaqat Jarwar and Arbab Soomro, were arrested after an encounter in Aliabad area of the city in the wee hours of Friday.

He further said that Sindh Inspector General of Police A.D. Khowaja has announced Rs0.5 million reward for entire police team of SSP Hyderabad, CIA in-charge Aslam Langah, and others for busting the gang.

Odho mentioned that suspect Muzaffar Hussain Nanjrajt, who travelled to India under codename Pankhaj, had confessed to his involvement in Rohri bypass explosion on Dec 2016, Mehrabpur explosion in March 2017, January 2018 blast in Qasimabad in which one ragpicker had died, as well as planting of a bomb outside Mehran University in Jamshoro in November 2017.