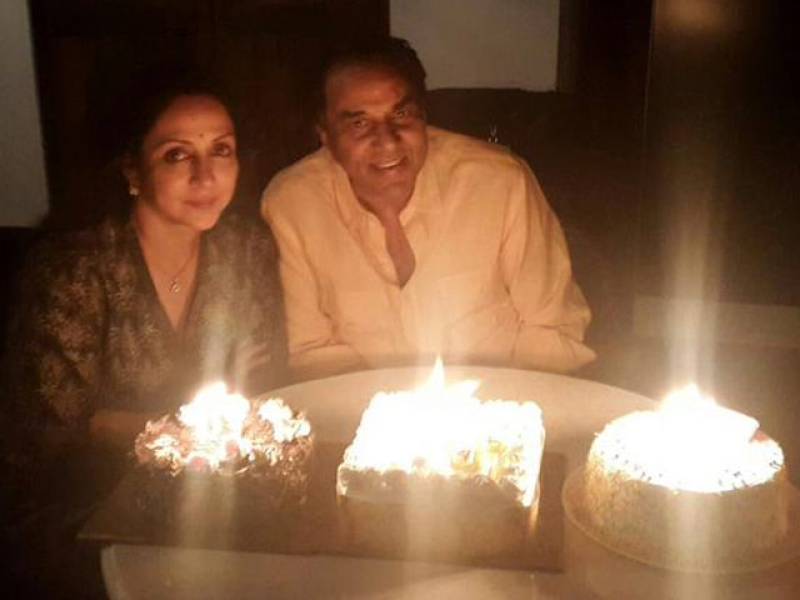 The star couple celebrated a quiet and relaxing anniversary eve last evening all by themselves at home.

Hema, 66, posted two pictures of the duo from the evening, on Twitter.

"Good morning! Dharamji & I celebrated a wonderfully relaxing Wedding Anniversary eve all by ourselves after a long time. Love is... togetherness," she tweeted today.

While the first picture shows the couple getting ready to cut two anniversary cakes, the second and more adorable one is of a loving Dharmendra planting a kiss on his wife's head, as she is smiling at the camera.

The couple, who romanced each other in films like "Seeta Aur Geeta", "Dreamgirl" and "The Burning Train", got married in 1980. They have two daughters actress Esha Deol and Ahana Deol.