Exploring the hidden line between our capability and disability 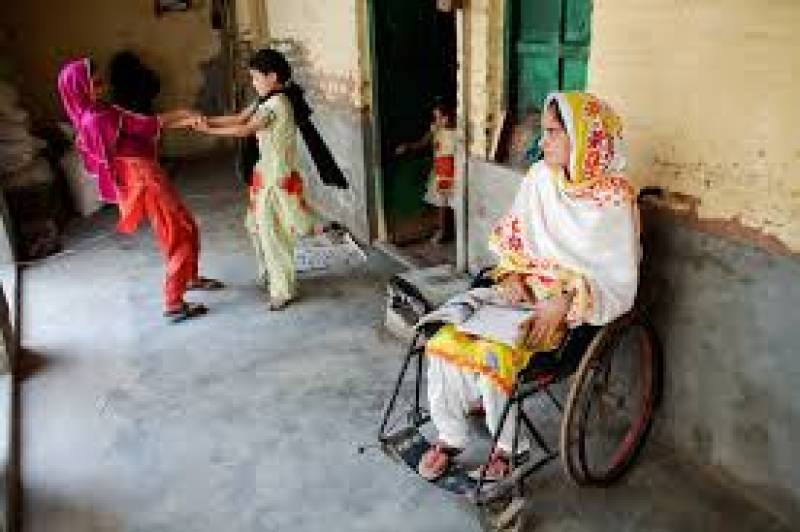 In the current crisis, where the majority of the countries are entrapped and fighting with novel global pandemic Covid-19, which has consumed the lives of more than 1,50,000 people and has infected millions. It pains me to pen down that our beloved country to date is fighting an additional ancient crippling virus, that is deep-rooted here for the past 26 years, since 1994. It has infected more than 350,000 people depriving them of their healthy lives. Today, only two countries are attached to this ominous disease which includes Pakistan and Afghanistan. The successful eradication of wild poliovirus, therefore, rests on Pakistan’s immunization program and strategy.

Polio is highly infectious, consisting of serotypes 1, 2, and 3 which transmits in regions with poor hygiene and sanitation. Pakistan had 147 cases in 2019 and 40(1 added recently) in 2020 which shows that there’s some lack in effectiveness and efficiency of the program. There has been a decline in Polio Cases from 20,000 every year in the 1990s to only eight cases in 2018. But the problem lies in the fact that, if the virus is circulating even in one child, no child is safe from this crippling virus.

Polio Eradication program is basically a public-private led partnership by The Government of Pakistan, headed by international partners such as WHO, UN, UNICEF, Bill and Melinda Gates Foundation, Rotary International and the US Centres for Disease Control and Prevention. Pakistan came with its Expanded Programme on Immunisations (EPI) was formally initiated in 1978 after the WHO launched its Expanded Programme on Immunisation in 1974. National EPI policy is regulated by the guidance of the National Immunisation Technical Advisory Group (NITAG), which makes evidence-based recommendations to improve the program.

“Polio is one of the few diseases we can eradicate in the world in the next few years. This is a priority of the United Nations and I am extremely happy to see it as a clear priority for the Government of Pakistan,” said Mr. Guterres.

Mr. Guterres issues a motivational comment for Pakistan’s Polio program. But one needs to ponder upon why we are still in touch with this crippling virus. Polio Eradication Program faces various challenges including management, operational, situational, geographical, religious, psychological, and various socio-economic issues.

The program’s objective is to optimize immunization of OPVs of children under 5 years by procuring OPVs and providing services necessary for polio campaigns, therefore contributing to the eradication of Polio in Pakistan. Annually the target for vaccinating children under age 5 is around 39 Million. OPV and GPEI budget bring the overall cost of strategy to the US $5.1 billion. As we have entered the end game strategy, that takes polio’s program to the last stage which describes three major challenges in project management which include inaccessibility, insecurity, and conflict. In Pakistan challenges to the project extend further which includes fragile health systems, inefficient operational, management, and resource risks. One consistent problem that is the highlight is safety and security concerns. Over100 polio workers have been killed due to religious and security reasons. With life threats of polio frontline workers, the program seems unable to achieve its target in the time frame costing billions of rupees.

Failure to manage awareness campaigns poses an infectious challenge of awful parental perception. Parents refuse to get their children to immunize which is also observed in Karachi in the last two SIAs. Pashtuns from low as well as high-income groups refuse to get their children vaccinated. In, “Islamic Republic of Pakistan,” with strong religious influence, sardars and Mullahs make Pashtuns avoid or refuse to vaccinate their children. Keeping in mind the culture of Pakistan we can deduce that there is a strong correlation between low immunization completion due to management and financial issues and negative socioeconomic factors along with poverty and illiteracy. The icing on the top is its geographical challenges whether it is the Himalayan Range and glaciers of the north to the harsh terrain of Baluchistan in the south with poor health safety. Cultural differences, densely populated areas, poor management, and operational deficits add to it.

Another important perspective is poor risk management regarding OPV efficacy. Frequent power outages and the scarcity of equipment in Pakistan has made it difficult to maintain the cold chain necessary for OPV efficacy and has contributed to the alarming rise of cVDPVs as well as wild poliovirus-induced poliomyelitis among vaccinated children. Families lack access to basic services and children receive little or no protection against disease. Poor immunization services, combined with high rates of malnutrition and a lack of safe water and sanitation, create conditions that allow the virus to thrive and paralyze vulnerable children with low immunity.

Mobility and mass migration between Afghanistan and Pakistan makes several children inaccessible for polio workers. Weak and Fragile healthcare infrastructure in Pakistan that has been revealed in Covid Pandemic as well. Technical Challenges arise when vaccines become ineffective in areas with poor sanitation and high-density population. In Pakistan, an efficient and reliable laboratory network seems absent.

WHO, UNICEF, GPEI closely work to look for recommendations for Pakistan. In my analysis, Polio immunization campaigns should not be very much publicized because the safety of health workers is critical to eradication success. Counseling of parents either through religious entities or parents participating in SIAs can serve as a role model. A strategy involving religious leaders has already been exercised in Nigeria and the northern Indian region. Technology and the use of data analysis can locate and treat remotely areas effectively. Counseling of male members is important as they are driving force in decision making.

Thus, poor knowledge about vaccination is found to be the primary cause and religious misperceptions present in some ethnic groups are likely to be the secondary cause of a large group of the population that remain unimmunized. Flexibility in implementation strategies by workers. Follow-ups and correct decision at the correct time can do wonders. This review concluded that meeting programmatic challenges might require managerial restructuring so that decision-making, oversight, and implementation occur as One Team. At the union council level, identifying the causes of operational failures in planning and supervision could enable the program to vaccinate those children who chronically have been missed.

Local restructuring could improve oversight in such underperforming union councils, which has been considered an impediment to stopping WPV1 circulation in Karachi, Peshawar, and Quetta. Restructuring at national and provincial emergency operation centers and streamlining data flow could improve timely and effective decision-making. Pakistan Polio eradication program has undertaken a series of management, communication, community engagement, and epidemiologic reviews that have identified essential gaps needing to be addressed.

However, one cannot completely negate the fact that Pakistan has climbed a ladder and has lowered its numbers. Pakistan has made important progress towards stopping poliovirus transmission in the country. Case numbers are the lowest they have ever been, while immunity gaps among children continue to decline. Although responding to community concerns to minimize OPV refusal will take time, enhanced efforts (e.g., continual engagements with communities, countering false information, greater accountability, and more effective oversight) have already begun. The goal of interrupting WPV1 transmission in Pakistan is achievable but will require the full and rapid implementation of Technical Advisory Group recommendations to improve program management and operational effectiveness. An array of approaches and tools for better project management are implemented that can help Pakistan reach the finish line of zero polio cases.