China unveils own jetliner in bid to compete with Boeing, Airbus 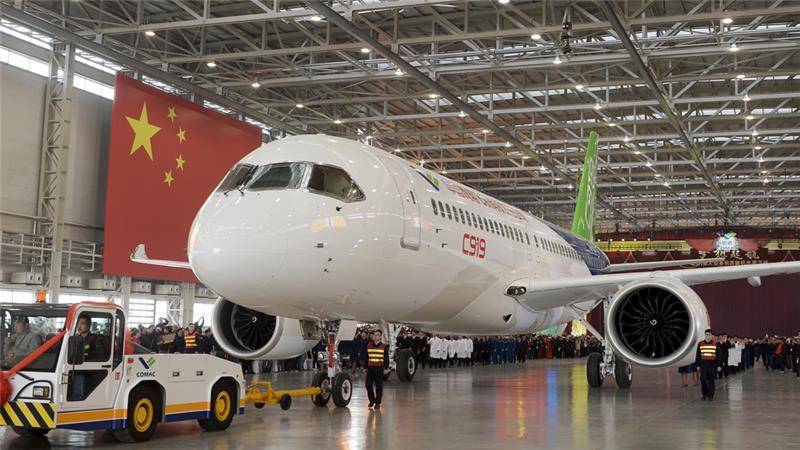 SHANGHAI (Web Desk) - China's first big passenger plane rolled off the assembly line on Monday as the Asian giant seeks the prestige of having its own aviation sector, and to challenge foreign giants Airbus and Boeing for market share.

China is one of the biggest aviation markets but relies on Boeing and Airbus aircraft. The multibillion-dollar effort to create the homegrown C919 jetliner is aimed at clawing back some of the commercial benefits that flow to foreign suppliers.

Workers spent over a year putting together the C919, a narrow-body jet which can seat 168 passengers, at the Commercial Aircraft Corp. of China (COMAC) facility in Shanghai.

For China, the plane represents at least seven years of efforts in a state-mandated drive to reduce dependence on European consortium Airbus and Boeing of the United States, and even compete against them. 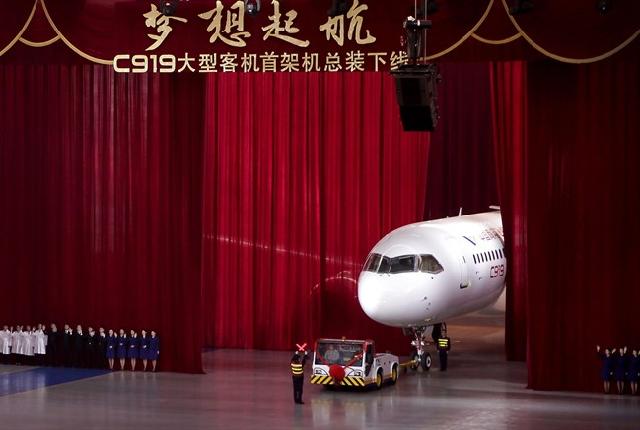 A small truck towed the 39-metre long plane - painted white with a green tail - out of a cavernous building decorated with an enormous Chinese flag into the sunlight as project workers marched alongside, a French news agency reported.

"The roll out of the first C919 aircraft marks a significant milestone in the development of China's first indigenous aircraft," COMAC chairman Jin Zhuanglong told the ceremony.

The China Daily newspaper has reported the maiden voyage could even be put back to 2017.

China has dreamed of building its own civil aircraft since the 1970s when Jiang Qing, leader Mao Zedong's wife and a member of the notorious "Gang of Four", personally backed an attempt to do so. But the Y-10's heavy weight made it impractical and only three were ever made.

Although the C919 is made in China, foreign firms are playing key roles by supplying systems as well as the engines, which are made by CFM International, a joint venture between General Electric (GE) of the US and France's Safran.

Spending on the C919 has not been revealed. Last month, the Export-Import Bank of China said it would provide state-owned COMAC with $7.9 billion in finance for its aircraft projects.

The company already has orders for 517 of its C919 planes, according to a COMAC statement, almost all of them from domestic buyers. Among foreign customers, Thailand's City Airways has ordered 10, according to an announcement last month.

But it will take years for the C919 to be delivered to customers, with the plane expected to enter service in 2019 at the earliest, industry officials said.

"There's a lot of work to do still," said Briand Greer, president for Asia-Pacific of Honeywell Aerospace, which is supplying four key systems for the C919: flight control, wheels and brakes, auxiliary power units and navigation.

"A lot of testing, a lot of flight testing, systems integration testing and of course all the certification," he said.

COMAC has already developed a smaller regional jet, the ARJ, in a project which is years behind schedule.

The 78-90 seat ARJ is still undergoing test flights and lacks the crucial certification by the US Federal Aviation Administration that would enable it to fly in US skies.

The Chinese company also plans a wide body plane, the C929, in cooperation with Russia's United Aircraft Corp., and speculation is mounting China will create a new aero-engine entity to try to produce the powerful jets needed for large civil aircraft. 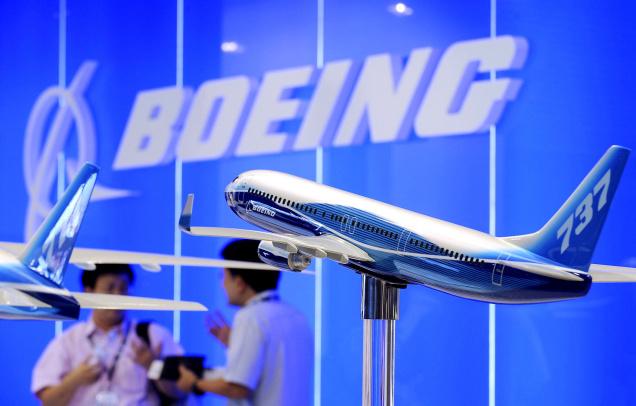 China is expected to add 6,330 new aircraft worth $950 billion to its commercial fleet by 2034, Boeing estimates.

The single-aisle C919 targets the lucrative segment dominated by Boeing's 737 and the Airbus A320.

"Research and manufacturing of a big plane is complex," said China's Vice Premier Ma Kai, the highest government leader attending the ceremony. "There is still a long way to go to commercial operation."