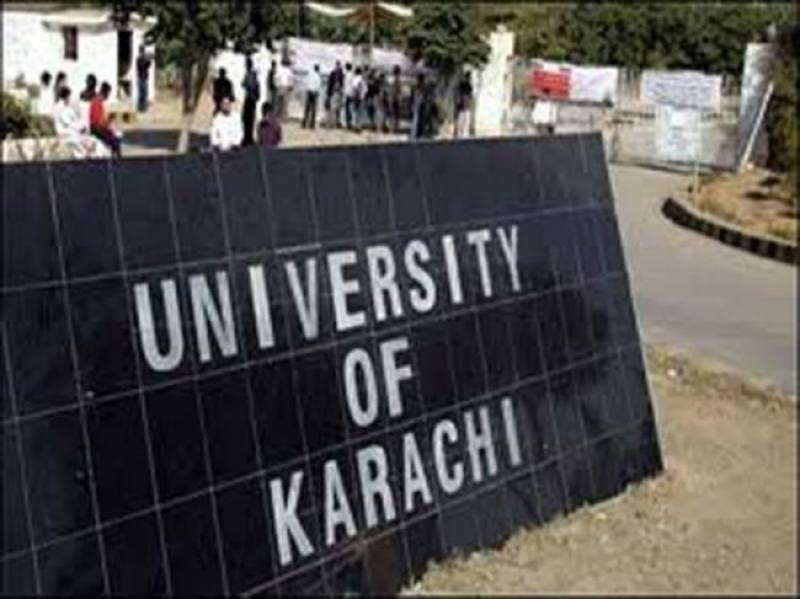 KARACHI (Staff Report) - A group of female students on Monday played cricket in the admin block of Karachi University as a protest against the activists of Islami Jamiat Talba (IJT) who tortured a group of male and female students for cricket last week.

According to media reports contingents of Sindh Rangers and police were also present on the occasion.

Speaking about the incident the KU campus security adviser, Dr M Zubair, said, “A few boys and girls were playing cricket together, when some IJT members attacked them and injured some of them. I personally rushed to the site, however none of the students was found seriously injured.”

A student Mansoor described the incident saying “We were playing cricket at Terminal Point where scores of IJT activists suddenly appeared and started beating the PSA activists including females.”

He said the incident occurred when students of the evening shift were on way to home at private points.

He pointed out the IJT activists had warned female students against playing cricket three days ago, adding that at least 20 IJT workers came with sticks and batons.

IJT spokesperson Huzaifa however denied any torture on students and termed it propaganda of the rival organisation.