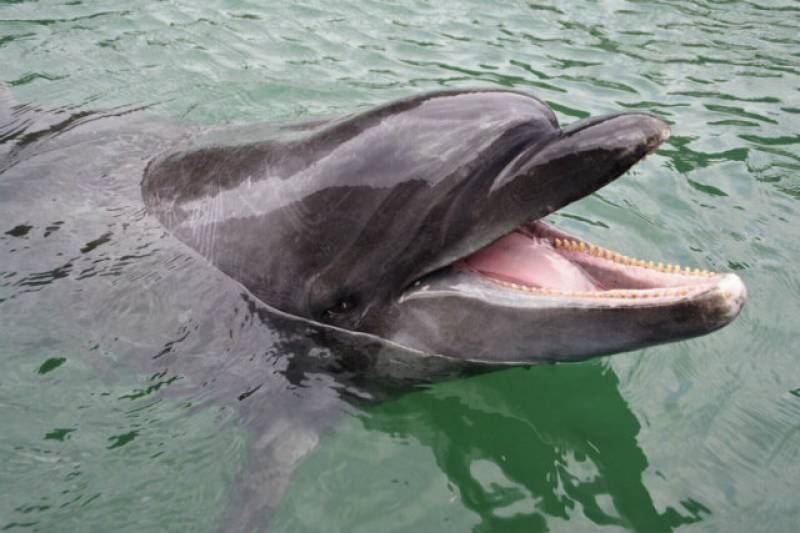 TOKYO - A female bottlenose dolphin has died at a Japanese aquarium only weeks after breaking a national record of more than four decades in captivity, the Channel NewsAsia reports.

Nana, believed to be around 47 years old, was discovered drowned on Tuesday at a natural cove of Shimoda Aquarium in Shizuoka, central Japan.

The fish was captured off the coast of Ito in 1974 and had lived at the aquarium ever since. She gave birth to eight calves while also taking part in dolphin shows, according to officials.

Her death came less than a month after Nana reached 42 years and 10 months under human care, beating the previous record held by another dolphin at Kamogawa Sea World, southeast of Tokyo.

KARACHI (Web Desk) – About 12,000 dolphins are killed by hunters every year in Pakistan, a new study shows. The study ...

In a ceremony held on October 4 at the aquarium that floats on a cove, Shimoda Mayor Yusuke Fukui presented Nana with a special citizen's award and resident certificate for her contribution to promoting local tourism over her 43 years at the aquarium.

The aquarium will conduct an autopsy on the dolphin as the exact cause of its death could not immediately be established, said Sakamoto, adding that Nana had recently lost her appetite.

Many bottlenose dolphins die between the age of 10 and 15 years.