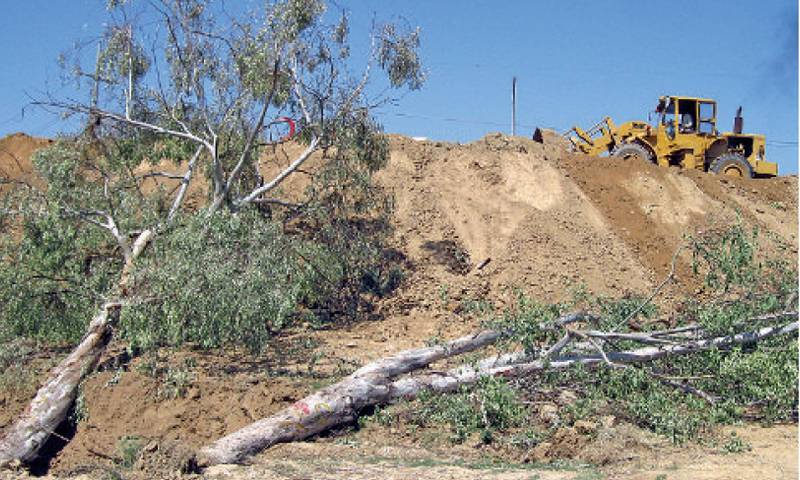 ISLAMABAD - The apex court on Thursday expressed anger over the massive cutting of trees and illegal constriction in the prohibited limits of federal capital.

The two-member bench of the apex court led by Justice Sheikh Azmat Saeed resumed the hearing of a suo motu notice over stone crushing and cutting of trees in Margalla Hills.

Expressing dismay over the lackluster performance of the CDA in implementing the court's directives, Justice Azmat Saeed observed that the civic body seems to stop delivering.

He remarked that "CDA is not a Capital Development Authority but Capital Dictation Authority". He said that despite apex court clear-cut directions regarding the cutting of trees this illegal practice get speed and still going on. “The Capital administration and CDA should feel embarrassed," he observed.

During the hearing, Wildlife presented the report regarding cutting of trees on which the apex court expressed dismay. Justice Sheikh categorically observed if the capital of the country is not safe from illegal activities then the rest of the country is likely much worse.-Online