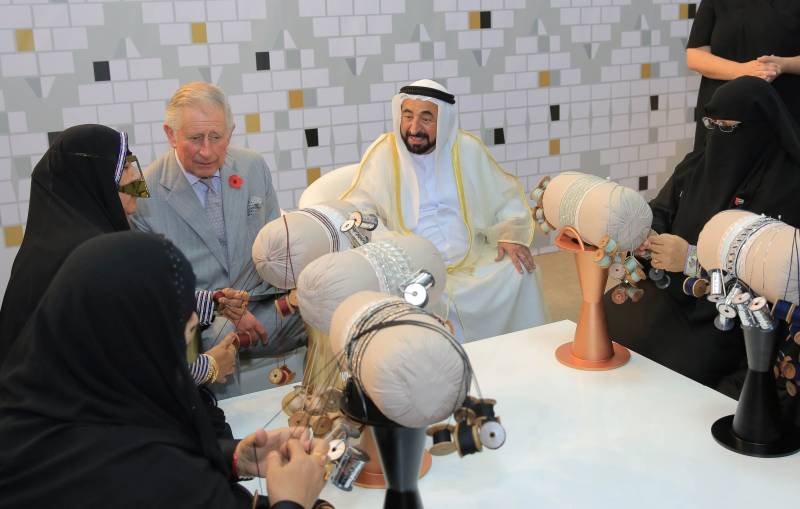 SHARJAH – His Highness Sheikh Dr. Sultan bin Muhammad Al Qasimi, Supreme Council Member and Ruler of Sharjah, said that UNESCO's selection of Sharjah as a ‘crafts and folk art’ city for the Creative Cities Network is a global endorsement of the emirate’s decades-long emphasis on bringing generations closer to their heritage and national identity, and carefully nurturing its human capital with skills that will enable them to take Sharjah’s and the UAE’s past well into the future.

Her passion for creating an enabling environment for Emirati women artisans in rural Sharjah to turn their practice of traditional crafts into a source of professional and social empowerment led to the establishment of Irthi Contemporary Crafts Council in 2016.

In less than four years, the Council has offered a place of employment and creative expression to 60 women across Sharjah, turned the world’s attention to their exceptional craft and created new opportunities for them to meet artisans from around the world, exchange expertise and learn about the role of crafts in other cultures”. 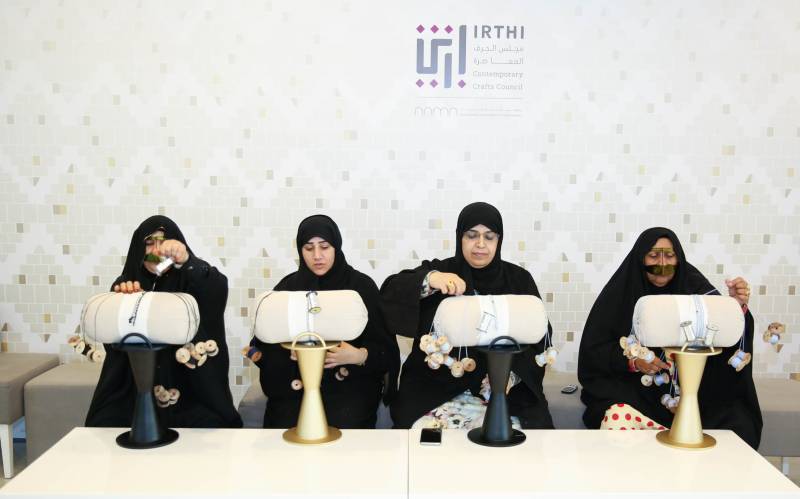 “This achievement is a culmination of the efforts of Irthi’s team to elevate Sharjah’s cultural product by empowering women working in heritage crafts. This success is woven by the hands of our local craftswomen to whom the practice of heritage is a way of life”, added the Sharjah Ruler.

Congratulating Sharjah for joining the UNESCO ranks for a new cultural achievement, Her Highness Sheikha Jawaher bint Mohammed Al Qasimi, wife of His Highness the Ruler of Sharjah, Chairperson  of NAMA, Founder and Royal Patron of Irthi, remarked: “Every global recognition bestowed on Sharjah is a reinforcement of the success of the human-centric vision of development His Highness Sheikh Dr. Sultan bin Muhammad Al Qasimi, Supreme Council Member and Ruler of Sharjah, has tirelessly led over the past forty years.” 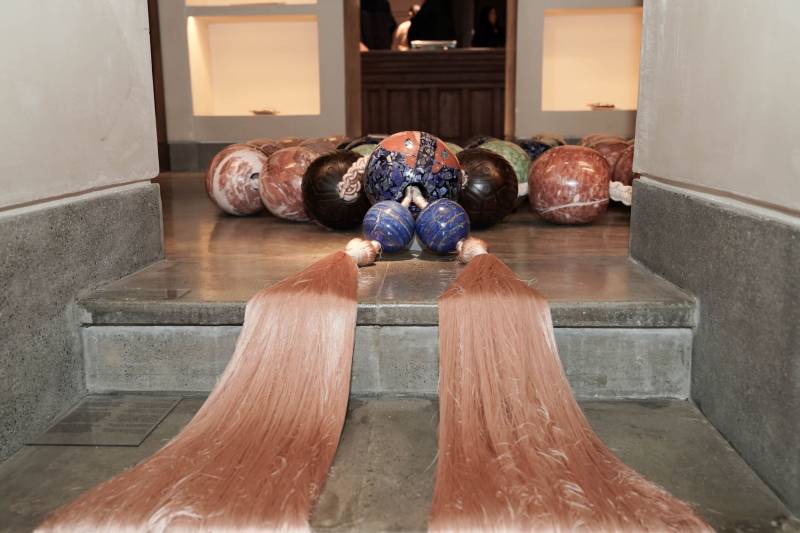 “Traditional crafts, folk art, literature and other products of a nation’s creative industries are what shapes people’s collective identity. Moving into a future without knowing who we are, where we come from – without being rooted in our authentic identity – will not bear any fruit.

“Sharjah is working tirelessly to preserve the heritage of this nation and breathe new life and meaning into it, so it can be practiced sustainably and can inspire the rapid cultural renaissance the UAE witnesses today. Thanks to this forward-looking vision, Sharjah has positioned itself as a hub of investment in contemporary crafts and an incubator of Emirati heritage”, Sheikha Jawaher Al Qasimi added. 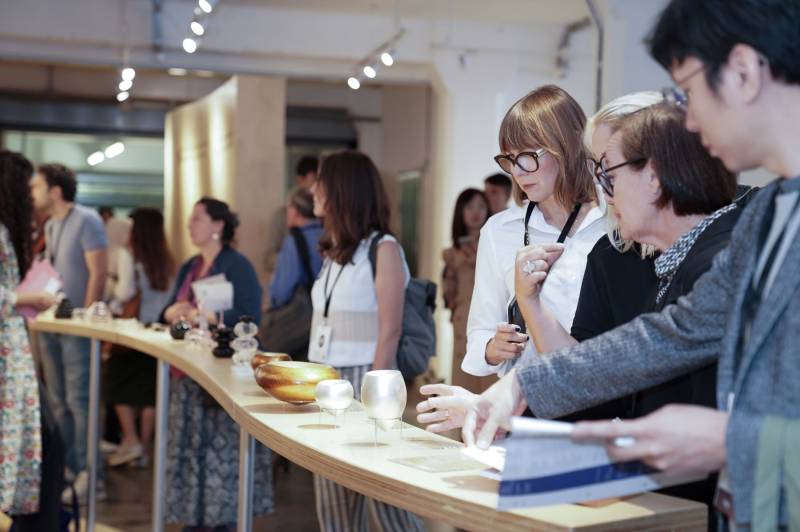 Irthi’s comprehensive dossier identified Sharjah’s strategic and comprehensive efforts to boost its local creative industries. The dossier detailed the projects Irthi has spearheaded in the past three years to empower Emirati craftswomen through professional training, by giving their traditional craft a modern narrative, and finding new products markets – not just locally or regionally, but around the world. Irthi’s creative collaborations with regional and global designers have taken Emirati crafts of Talli, Safeefah and others to fashion runways. Irthi’s continued efforts have been recognised at international fashion fairs and exhibitions, with London Design Fair 2019 being their latest achievement where they unveiled their first product line featuring works that enabled the global design community to learn about Sharjah’s rich heritage and the talents of Emirati women artisans. 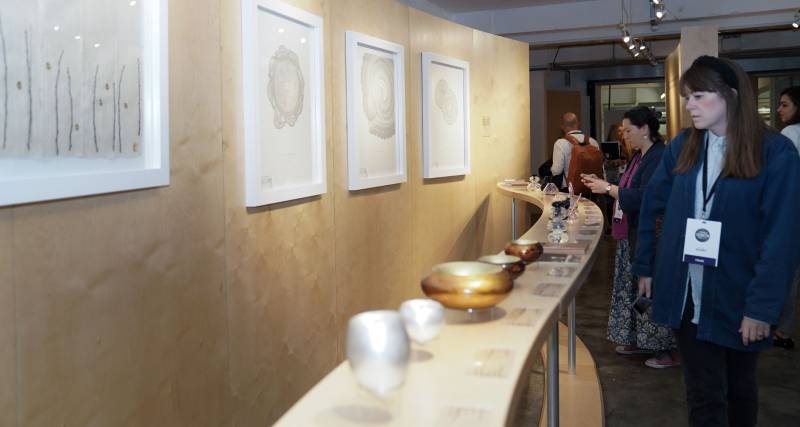 Sheikha Jawaher underlined that Sharjah walks on the path shaped by the clear vision of His Highness Sheikh Dr. Sultan bin Muhammad Al Qasimi, Supreme Council Member and Ruler of Sharjah. “The emirate applies a forward-looking strategy to promote our local crafts and folk arts, with a specific focus on developing the traditional crafts sector represented by Emirati women. This was the reason for establishing Irthi Contemporary Crafts Council in 2016. We saw the need for an incubator for local craftswomen in Sharjah, as their talent required vocational upskilling. Irthi has played an unparalleled role in economically empowering these women by turning their practice into a sustainable source of income, and by finding their products a market both in the region and internationally”, HH Sheikha Jawaher continued.

Her Highness Sheikha Jawaher lauded the efforts of Sharjah entities who have put in tremendous efforts to raise the emirate’s cultural and socioeconomic profile, saying the fruition of these efforts can be seen in several global recognitions over the past years. This year the emirate also celebrates its World Book Capital 2019 recognition by UNESCO. 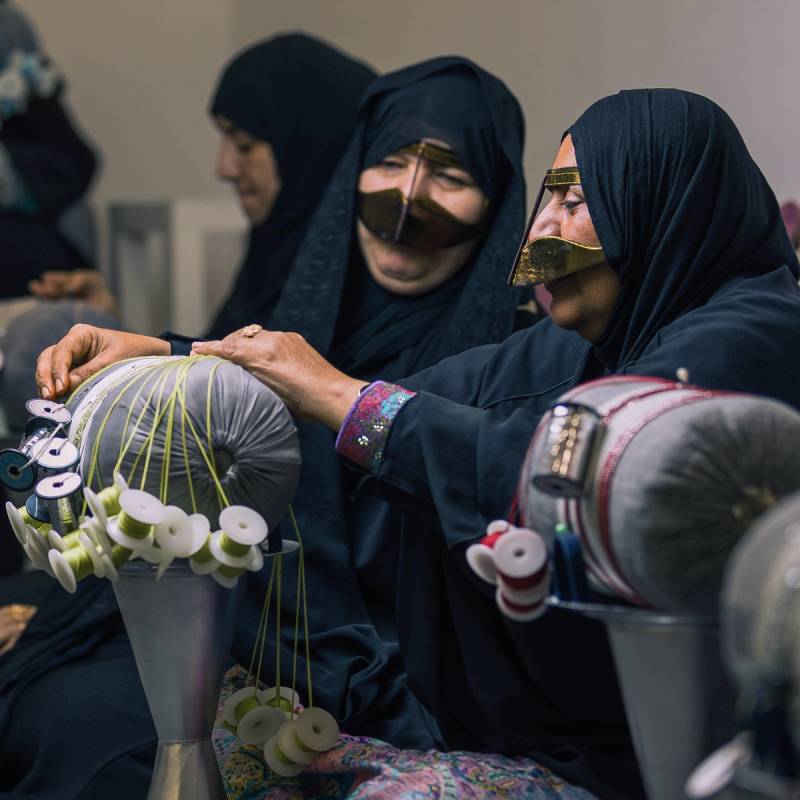 “I take this opportunity to thank Irthi’s artisans and staff who work dedicatedly to achieve the council’s vision, hoping that naming Sharjah among UNESCO’s Creative Cities Network will be an incentive for more constructive work,” Sheikha Jawaher concluded.

Irthi has been championing and supporting the revival of traditional crafts and the development new ones across the MENASEA region. The handiwork of Irthi’s artisans has walked the most prestigious fashion ramps in Milan. Irthi has offered women the tools, resources and capacity building they need to reimagine traditional Emirati crafts like Talli and Safeefah in modern contexts for fashion and design.