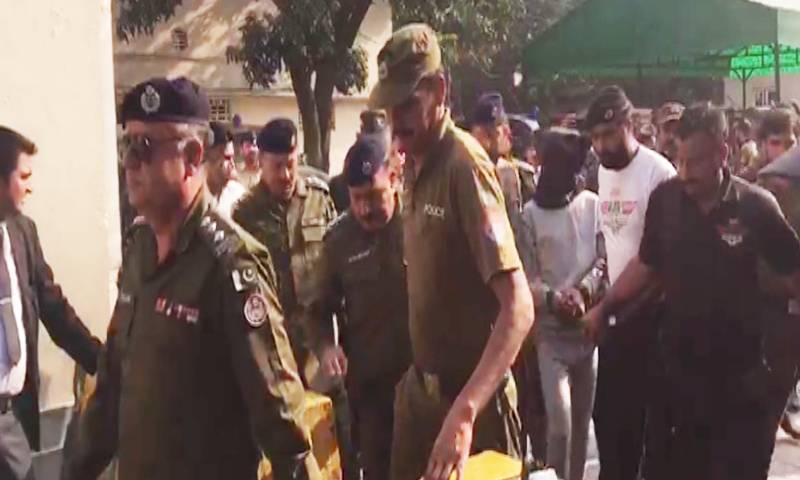 LAHORE - An anti-terrorism court (ATC) on Wednesday handed over rapist-cum-killer of four children of Chunian to the police on 15-day physical remand.

The court ordered for removing a cover from the face of the accused and inquired about his identity after which the accused stated that he was Sohail Shahzad and requested that he should not be tortured.

A prosecutor argued before the court that the accused was involved in rape and murder of four children and was arrested after his DNA matched the samples collected from the bodies of the children found killed in Chunian. He pleaded with the court for handing over the accused on physical remand for further investigations.

At this, the court handed over the accused to the police on 15-day physical remand and directed for producing him again on expiry of the remand term.

KASUR - The prime suspect alleged of killing four children after rape in Chunian, Kasur, was arrested by Punjab police, ...

The Punjab police and other law-enforcement agencies arrested the accused, Sohail Shahzad, 27, on Oct 1, after his DNA matched the samples collected from the bodies of the children found killed in Chunian.

Shahzad had been arrested on the charges of kidnapping, raping and killing Imran, 12, Salman, 9, Ali Hasnain and Faizan, both 8.

Chief Minister Punjab Usman Buzdar, while addressing a press conference on Tuesday, said he will be personally monitoring the case and the hearing of the case in anti-terrorism court would be conducted on a daily basis.