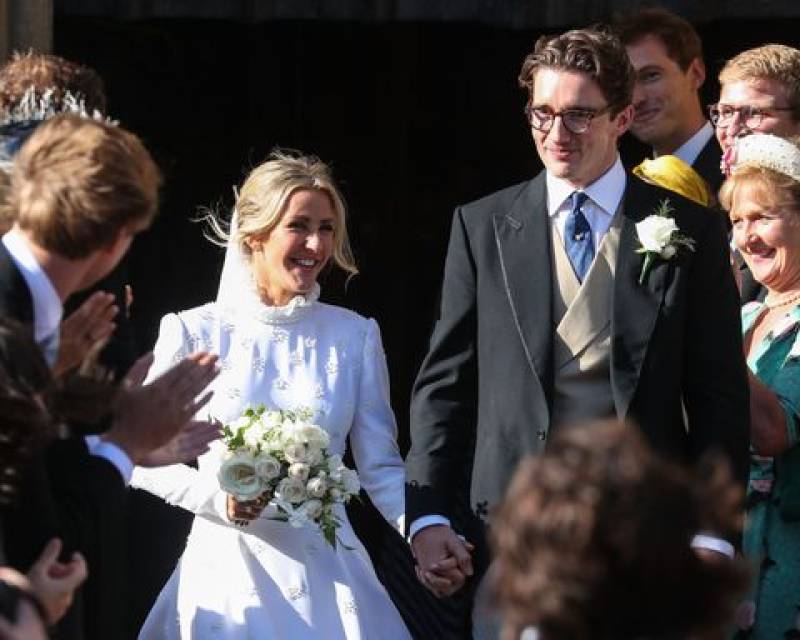 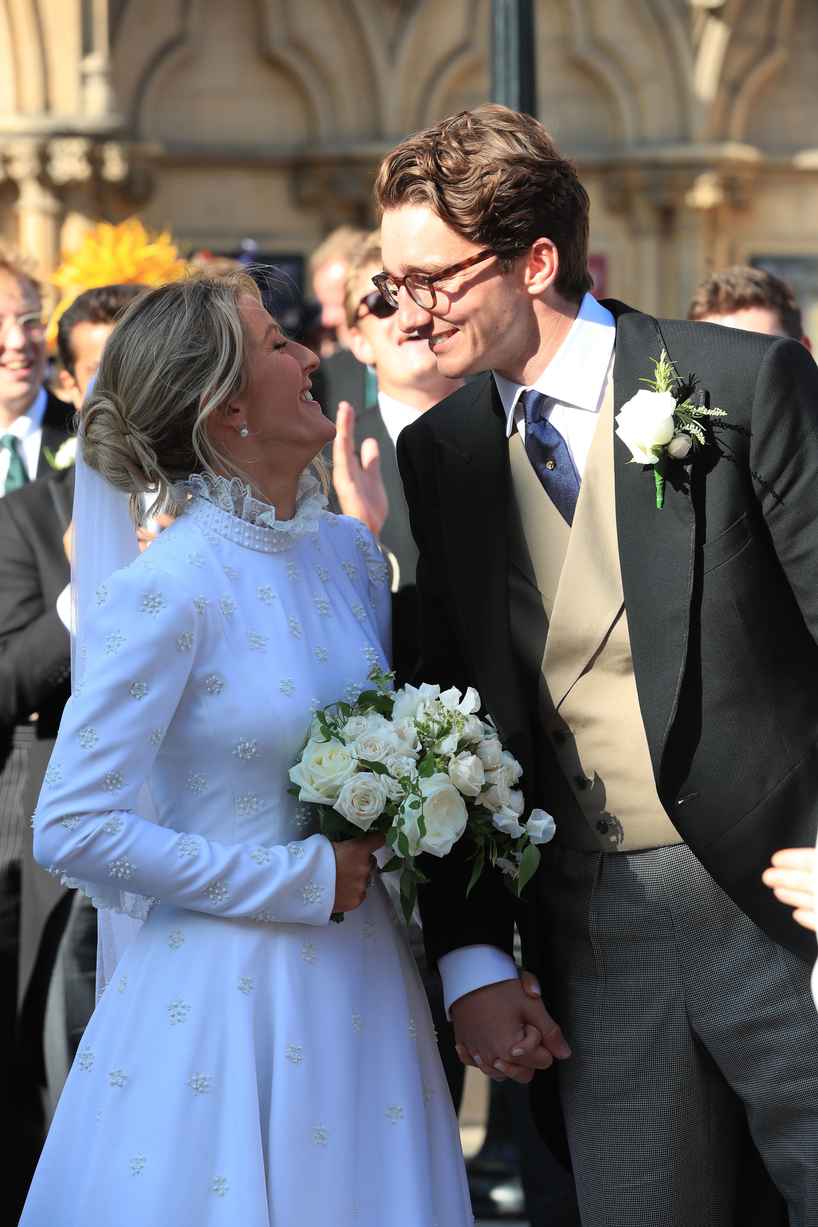 According to the fashion house, Goulding's long-sleeved white gown was created using silk double crêpe and hand-embroidered with White Roses of York, fitting for the York-based church, and embellished with white glass beads.

Goulding’s veil was special on its own as it had her and Jasper’s embroidered initials.

Surprisingly the gown took more than 640 hours to construct! 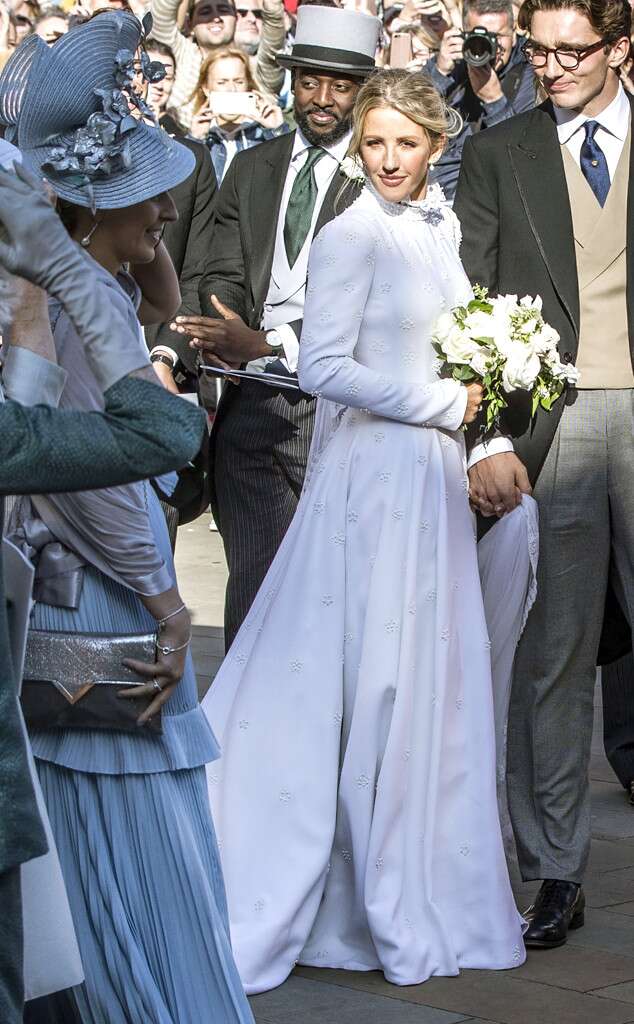 "I was so thrilled and excited to collaborate with Natacha at Chloé on my wedding dress. I have loved the brand and their incredible team for years, so it only seemed right for Chloé to play a big part of this special day," Goulding said of her jaw-dropping gown, according to People Magazine.

“Natacha worked alongside me to design something timeless and classic, but with all the Chloé spirit,” the bride continued. “Natacha is a very talented designer and I have admired her work from day one. I have never felt more special than the moment I first tried on the dress during my fitting in Paris, it was utterly awe-inspiring to see the craftsmanship and attention to detail.” 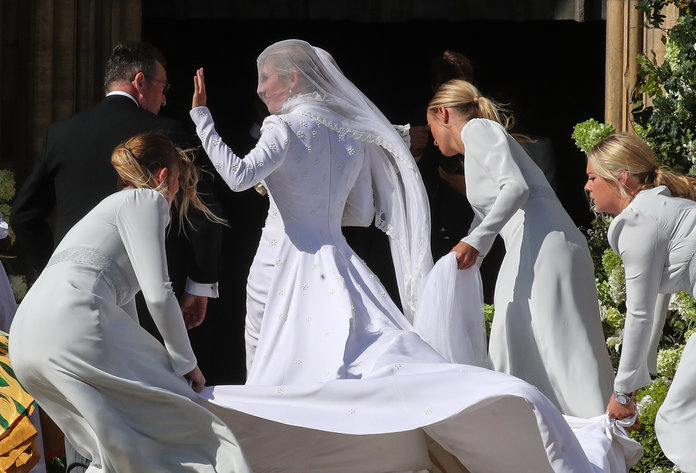 Ellie and Caspar had been together since 2017. The couple announced their engagement in August 2018.

Have more to add to the story? Comment below and stay tuned for more update!