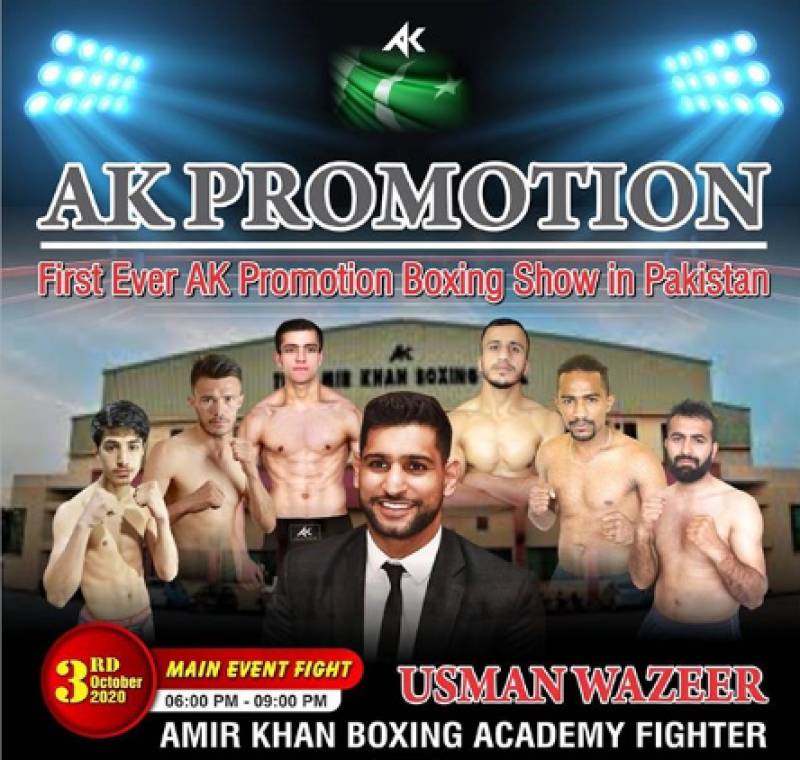 ISLAMABAD – Professional boxing is going to get a major boost in Pakistan as the Amir Khan (AK) Promotions is all set to hold the first-ever boxing show at the Amir Khan Boxing Hall of the Pakistan Sports Complex in the country's capital on October 3.

“We are going to have likes of Usman Wazir, who is going to make his first Pakistan debut. We are going to hold an amazing boxing event comprising seven fights, wherein another great fighter Asif Hazara will also feature. He’s a great amateur boxer who has won many gold medals for Pakistan. He’s also going to make his debut in pro-boxing,” Amir Khan academy's manager Anwar Ahmed said.

He added it would be a great event as Amir Khan would bring world’s best boxers in Pakistan. “It’s going to be an amazing journey in professional boxing in Pakistan. Boxers from Philippines and Thailand would feature in the mega event,” he said without revealing their names.

Speaking about pugilist Usman Wazir, he said he had been training hard for the event and would try to live up to his fans’ expectations. “During the COVID-19 lockdown period, he has tried his best to maintain his fitness level and I’m sure he’ll win the title bout,” he said.

“Being a pro, every athlete has to keep himself fully fit.

As gyms were closed in Islamabad due to COVID-19 outbreak, Usman had moved to Gilgit where had been training at Gilgit-Baltistan Scouts’ gym. Usman will come to Islamabad on September 15,” he said.

He said, Usman, who was also known as Asian Boy would become number one in IBF Asian Boxing Federation ranking in super light category after winning title bout in October. “And if he managed to defend that title twice he’ll qualify for WBC youth title. That is his dream as in Pakistan’s history no one has ever won that title,” he said.